By Peter Keenan on 2017-04-30 - Peter has been with the Birmingham Post & Mail since 1990 and took on the role as motoring correspondent in 2007. He has been part of the Driving Force team for more than 10 years and his reviews are used nationwide by Trinity Mirror publications.

THE revamped Vauxhall Zafira Tourer has been on the road since the autumn of last year featuring a new look and updated technology.

The popular seven-seater people carrier has always been at the sportier end of the design chart and this is helped with the introduction of sharper lines and neat LED headlamps that give Vauxhall's MPV an appealing face.

The eye-catching exterior is finished off with stylish roof rails and tinted rear windows to protect your rock star children from the gaze of the hoi polloi, while LED daytime running lights, 17-inch alloy wheels and front fog lights also make an appearance.

Being connected is a must for modern motors these days as owners require their smartphones to interact with the car.

To this end the Zafira Tourer is now equipped with Apple CarPlay and Android Auto connectivity plus Vauxhall's OnStar emergency assistance system which hooks up to a control centre in Luton providing a variety of information services. It is also able to alert the emergency services in the even of an accident if an OnStar operator is unable to raise a response from the driver.

Other natty additions include sat nav and an onboard Wi-Fi set-up allowing seven devices to be connected - destined to make you extremely popular with the younger members of the family - as well as adaptive cruise control and safety systems such as lane departure warning and automatic emergency braking.

Decent levels of kit bring goodies such as climate and cruise control, automatic lights and wipers as well as a six-speaker audio system into the mix helping to justify the £26,675 price-tag for the SE ecoFLEX model I drove.

The cabin is similarly jazzed up with a redesigned dashboard that simplifies the instrument panel while providing a seven-inch touchscreen that is a cinch to use.

The set up ensures the practicality MPVs must offer if they are to appeal to a family market increasingly enamoured by SUVs.

There are three rows of seats as well as a good-sized boot when the rear seats are down - they easily fit into the floor - while a multitude of cubby holes, drinks holders plus a central bin ensure a family's bits and bobs are catered for.

Vauxhall's Flex7 system sees the second row seats able to be moved back and forth or folded individually. The middle seat can be stowed freeing up more room as the two outer seats slide in.

The 1.6-litre ‘Whisper' diesel engine is a decent performer reaching 62mph from a standing start in a shade over ten seconds on its way to a top speed of 120mph.

Fuel economy is similarly impressive for what is a big motor with official figures quoted at 62.8mpg with carbon dioxide emissions of 119g/km.

The oil burner is also quiet and smooth - aided and abetted by a slick six-speed manual transmission that allows you to saunter along at 30mph in fifth gear while providing the necessary oomph when you press the pedal to the metal.

The ride and handling are good for an MPV with the efficient suspension set-up smoothing out rougher road surfaces. Corners can also be taken with confidence thanks to good levels of grip and informative steering while body roll is kept to minimum. 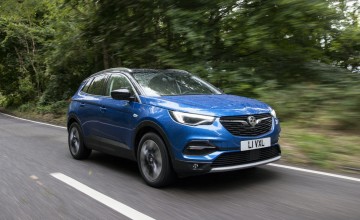 THERE'S no smoke without fire and nothing like experience.Ah, you can't beat... 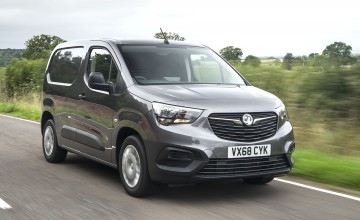 VAUXHALL's resurgence as part of the Peugeot-Citroen, Groupe PSA, family... 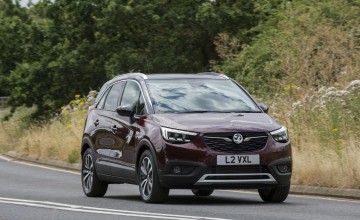