By John Murdoch on 2017-10-01 - John is regional editor for Media Scotland's Lanarkshire and Lothian titles. Three times president of the Association of Scottish Motoring Writers he has been writing about cars for over 40 years. Recently awarded lifetime membership of the National Union of Journalists and was the subject of a motion in the Scottish Parliament congratulating him on his service to newspapers. 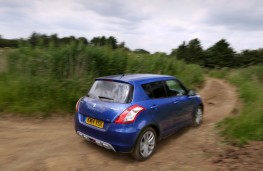 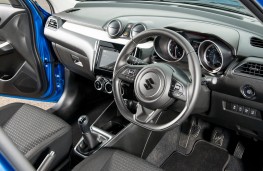 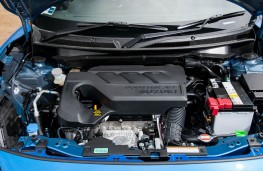 BACK in March I first got my hands on the new Suzuki Swift on spectacular roads in the South of France.

My first impressions were excellent and hopefully not influenced by the lovely spring sunshine and stunning scenery.

More recently I got the chance to find out more about the popular supermini when it arrived in miserable summer weather.

The Swift is very ease on the eye and its handsome new design is sure to keep it as Suzuki's best seller.

The supermini is now sourced from the company's Sagara plant in Japan and it competes against the likes of the SEAT Ibiza, Skoda Fabia, Kia Rio and Hyundai i20 - with a sales target of 20,000 in its first full year.

The supermini is now sourced from the company's Sagara plant in Japan and it competes against the likes of the SEAT Ibiza, Skoda Fabia, Kia Rio and Hyundai i20 - with a sales target of 20,000 in its first full year.

It went on sale in June and so far the newcomer is living up to expectations.

The latest Swift retains the DNA of the previous model but has shed over 10 per cent of its weight and it is also more powerful and fuel efficient.

It is marginally shorter than the outgoing model but importantly the wheelbase is 20mm longer - increasing the cabin space and providing a larger 264 litre boot - a jump of 54 litres.

Two petrol engines are available. The entry-level unit is the 1.2 Dualjet four-cylinder which produces 89bhp and is capable of 62mph in 11.9 seconds, while returning an official combined fuel economy figure of 65.7mpg with emissions of 98g/km.

The other power plant is Suzuki's splendid 1.0-litre three-cylinder Boosterjet turbo which produces 110bhp and cuts the sprint speed to 62mph to 10.6 seconds. Fuel economy on this spritely model drops to 61.4mpg with emissions of 104g/km.

The car I have been sampling was fitted with the Boosterjet engine and Suzuki's SHVS mild-hybrid system. This unit has a lithium-ion battery under the front passenger seat which gathers power from regenerative braking and uses it to assist the engine when moving off and accelerating, helping to save fuel and cut emissions. This improvesfuel economy to a claimed 65.7mpg and takes the CO2 figure down to 97g/km.

Linked with a slick five-speed manual gearbox it was a delight to drive on French mountain routes and it has just been as good in mixed town and country driving here at home.

The 1.0-litre Boosterjet hybrid has bags of character and is very smooth. The turbo means that you don't have to work it too hard and once you get it up to speed there is very little engine noise.

The new chassis means the Swift is even more agile and nimble and the suspension deals well with all kinds of surfaces. The steering is sharp and accurate as well as being nicely weighted.

Inside there is room for four adults to travel in comfort with more legroom in the rear than before. The instruments and controls are all easy to read and use.

The new Swift feels really well put together and built to last and the new infotainment system is an added bonus.

Now only available with five doors the supermini is a very practical choice and there are plenty ways for an owner to personalise their vehicle. 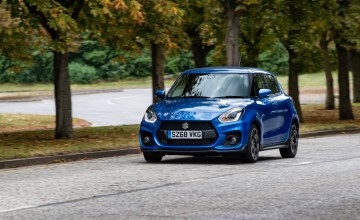