By Robin Roberts on 2017-12-01 - Has had with a career spent covering the automotive industry and particularly its Welsh component suppliers - he can not only tell you what goes where but possibly who made it fit. He has been a motoring journalist based in Wales for three decades. 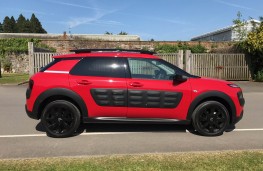 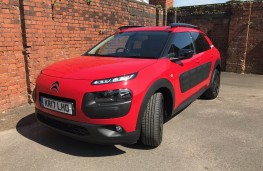 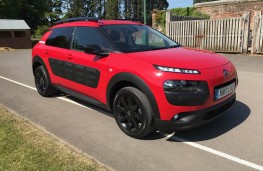 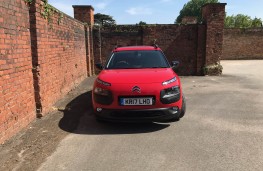 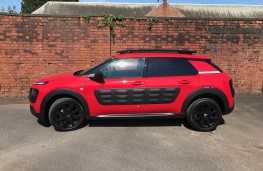 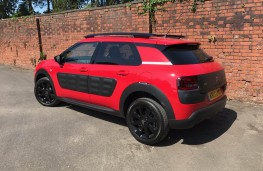 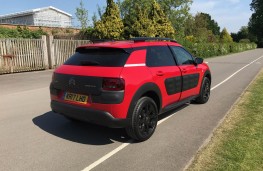 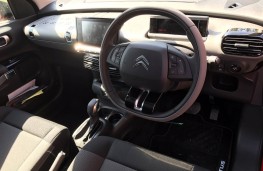 HAVING the right car at the right time has ensured the success of the Citroen C4 Cactus.

Developed from the PSA Group family platform underpinning the C3 hatchback, DS 3 and Peugeot 208, the Cactus is a compact MPV which has captured the popularity of the practical bodystyle.

Its rounded front end has helped it win the top safety award by Euro NCap testers and it will probably please owners more with its Airbumps on the side doors to defend against door damage in parking areas.

No car manufacturer can afford to be without a compact MPV or SUV in its range and Citroen was an early entrant in to the sector and is benefitting with the Cactus.

Part of that success is down to having a compact range of 82 or 110bhp petrol engines or 100bhp turbo-diesels with five-speed manual or six-speed automatic transmission, stop/start economy featue, and the ability to enhance grip when needed on some for soft-road duty. It's a simple package but it packs in a lot of what people want.

This car was the mid-range model with higher output petrol engine and six-speed automatic gearbox, and it was an impressive performer. While it was not a rapid car, it was relaxing and had a respectable turn of speed through the gears and when on major roads.

Everything just settled down and delivered. The engine was smooth and quiet until it hit higher revs, the gearchanges seamless action was very refined and it proved economical without being slow.

I wish the steering had more feedback to its dull responses but the brakes were up to their job and needed only modest pedal pressure to effect rapid deceleration.

Secondary controls were close to fingertips, the wipers cleared a big area of glass infront and the lights were wide and long range.

The low waistline and deep windows helped to see all around the car and particularly when reversing or parking.

Access was very good for everyone, the fifth door opened from knee-height to reveal a good sized easy to use boot and it quickly tripled in capacity. Room inside was good throughout.

Ride comfort was also good with flat seats in the back better shaped and supporting pair infront and their adjustment was good for all but the tallest users.

While the C4 Cactus really soaked up bumps without a problem you could hear the suspension working away and this detracted from the otherwise refined noise levels.

There was a tendency for the car to run wide on tighter corners taken at speed but lifting off the throttle immediately brought the nose back on course and although it rolled a bit on the soft springing it generally stayed planted on the road.

It is not a performance car but it has a good ability to cover miles easily and economically, it handles well and it never gave us a moment's concern.

There are some useful and cosmetic options to be had but I think the large sunroof is probably the best as it really gives the interior a lighter appearance and feeling of spaciousness. That and the rubberized airbumps make it a family and financially friendly car.