Bling and Benz with

By Chris Russon on 2017-12-18 - The driving force behind Eurekar. Chris heads up a team of motoring correspondents under the Driving Force banner. Prior to Driving Force becoming independent in 2010 he was Chief Motoring Editor for Trinity Mirror Regional newspapers. Chris has been writing about cars for almost 40 years. 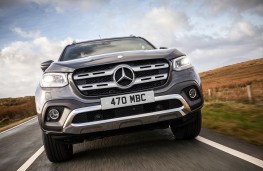 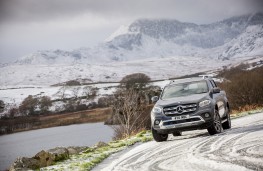 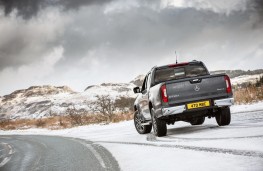 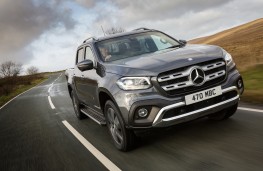 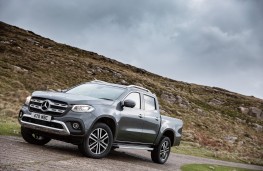 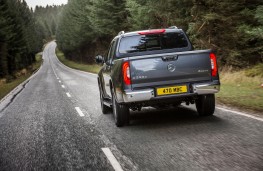 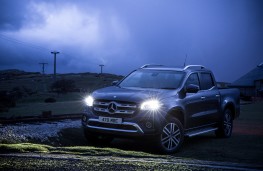 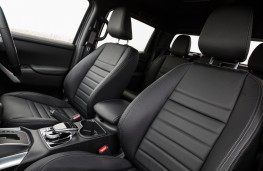 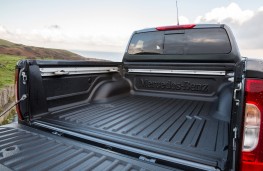 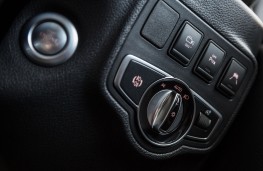 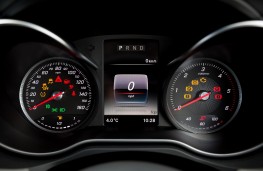 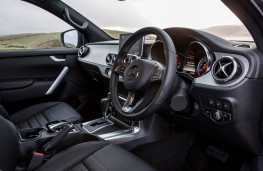 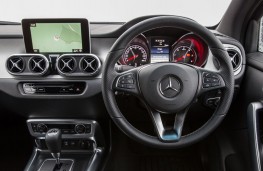 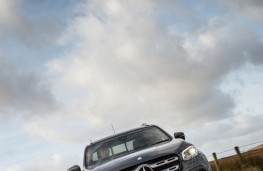 TRENDY trucks are on the rise and Mercedes-Benz is after a piece of the action with the new X-Class - its first pick-up.

Exploiting its relationship with the Renault Nissan Alliance to the full, the German car maker is the first premium marque to move into the utility sector where pick-ups have become as much a lifestyle option as they are heavy duty.

And with plenty of options ranging from load bed tops to 19-inch alloys and added brightwork this is where bling meets Benz.

The X-Class is based on the top-selling Nissan Navara alongside which it's built in Spain but no-one would know with Mercedes changing every body panel to create its own distinctive image.

Only the aerial, the door handles and the bottoms of the door mirrors are the same - apart from the ladder frame underpinnings and the engines.

Those wanting a Mercedes power pack in their X-Class will have to wait until the middle of 2018 for the arrival of the X 350 d with its V6 diesel straight out of its bigger passenger cars and SUVs.

The more powerful engine comes with the option of a seven speed automatic gearbox and all have roomy double cabs and four-wheel-drive with prices starting from £27,310 excluding VAT.

Add in some extras such as the Mercedes Comand Online navigation and communications system, a style pack which included electric rear windows, privacy glass and roof rails, raised suspension and a locking rear differential for serious off-roading and the X 250 d 4Matic in top range Power specification that we sampled came in at Â£39,435 - or Â£47,346 with VAT.

That's serious money for a pick-up but then the X-Class is a serious truck with go-anywhere credentials and a load of luxury to boot.

Imposing looks dominated by a ‘power dome' bonnet, the Mercedes star in a large twin lamella grille, LED headlamps and a chrome under guard are just the start.

Inside there are simulated Artico leather and microfibre seats, aluminium-effect trim, six rotary air vents and instrumentation akin to that of any other Mercedes including a tablet-style display screen standing proud in the centre of the dash.

Posh it is but if there's a criticism then the X-Class is light on interior stowage. Apart from door pockets, a glove box and a single cup holder there's not a lot of places to put things.

Out on the road the X-Class is very refined. It sits on coil spring suspension and that creates a much better ride than leaf-sprung alternatives and Mercedes has done a lot to suppress noise levels inside the cab.

The auto box is smooth and efficient with low ratio gears available from the switchable 4x4 system and there's a good amount of grunt from the engine. Torque is 450Nm from as low as 1,500 revs which sees the X-Class coming with a 3.5 tonne towing limit.

For a pick-up it is surprisingly light to operate yet there's a good amount of feel through the steering and little body roll when cornering.

Top speed is 109mph while 0 to 60 acceleration is around 11.5 seconds and the X-Class makes a fine fist of motorway cruising.

Mercedes claims an official fuel return of 35.8mpg for the X 250 with emissions of 207g/km and on our runs in the X-Class we saw an average of 32.7 - impressive given that significant parts of the journey was in four-wheel-drive.

With almost 10 inches of ground clearance - our model had optional extra ride height of 20mm which costs Â£220 to fit - an approach angle of 30.1 degrees and a side inclination of almost 50 degrees it is a genuine off-roader. Wading depth is two feet.

From a practical perspective the load bed is Euro pallet standard offering a 2.14 square metre cargo deck that can carry up to 1.1 tonnes. Stability controls are standard fit with trailer sway controls optional.

Although immensely capable there's no escaping that the X-Class leans more to the leisure end of the spectrum rather than being an outright workhorse.

Even so, it comes with all the prestige earned by Mercedes over more than a century in the auto business and while more expensive than the likes of the VW Amarok and Ford Ranger the badge alone gives it a status that no other pick-up has.

In the Mercedes camp the X-Class is included in its commercial vehicle range alongside the Vito, Citan and Sprinter vans and is being sold from the Mercedes-Benz Vans dealer network and not from the regular car showrooms.

That in itself comes with some extra perks such as the Mercedes MobiloVan service which gives free roadside assistance anywhere in Europe 24/7 for 30 years on top of the standard two year, 100,000 mile warranty.

Like its fixtures and fittings, the price may be premium but for many that's going to be worth every penny when it comes to bragging rights for having a truck with the famous star. 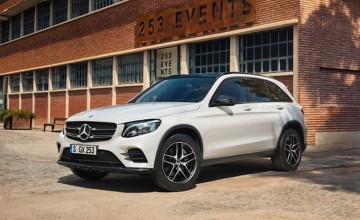 THE new Night Edition of the Mercedes-Benz GLC - which replaces the AMG Line...

VISITORS to the world's biggest geek show have been given the first glimpse of... 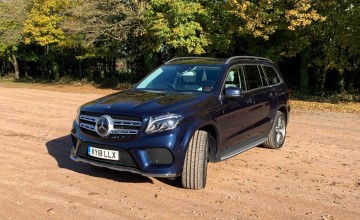 THE Mercedes SUV range has undergone a renaming process in the past three years...