By Mike Torpey on 2017-12-30 - Driving Force news editor and responsible for organising our daily output. He was staff motoring editor of the Liverpool Echo for 20 years. 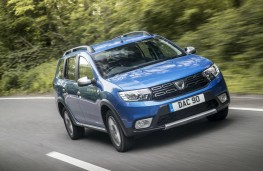 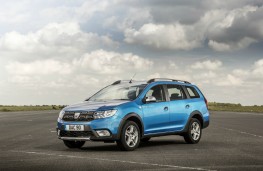 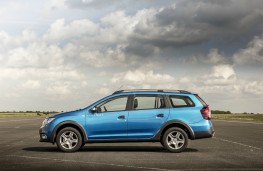 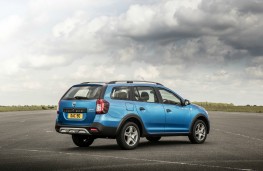 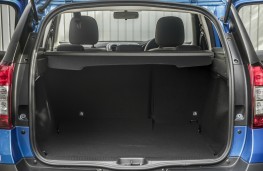 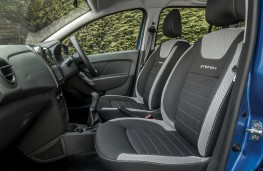 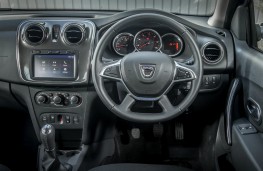 THERE can be an almost smug feeling of self-satisfaction to know you are driving around in a full-size estate car that actually costs a bargain basement £7,295.

You don't even need to own the thing - just road testing one can be enough - as you wait eagerly for someone to ask what you're driving, so you can tell them it's a Dacia Logan MCV, and it only costs seven grand new.

The fact that it handles like a rowing boat is a different matter, the point is that the Logan is a genuinely brilliant value for money vehicle and one that its owners have heralded as being reliable too.

Those initials MCV actually stand for Maximum Capacity Vehicle, a pretty apt title given that the Logan can stash a whopping 1,518 litres when you flip fold the rear seats.

But what if deep down you'd really like a few more bells and whistles - without the exhorbitant costs associated with many manufacturers' options list.

Opting for Stepway already gives the Logan a more muscular style with flared wheel arches, roof rails and a ground clearance of 174mm.

Called SE Summit, the special edition costs £12,295 and represents an uplift of £800 compared to the equivalent Laureate spec variant.

Of course an extra £5,000 on top of base level is a significant sum at this end of the market, and certainly makes you question whether it takes serious value for money out of the equation.

Beneath the bonnet is a choice of Renault'sproven TCe 90 petrol engine, with low CO2 emissions of 115g/km and fuel economy of a Combined 57.6mpg, and the even more frugal dCi 90 diesel - with CO2 down at 100g/km and a fuel return of up to 72.4mpg. Both come with a five-speed manual transmission.

Driving the Logan is a bit like turning the clock back to a simpler pre-digital era when drivers weren't befuddled by rows of buttons and kaleidoscope dashboards.

It's dynamically disappointing but then pin-sharp handling and flick of the wrist steering isn't important to everyone.

And if getting the family plus all its paraphernalia safely from A to B in reasonable time is your priority, and you just wantproper value from your motoring, the Logan's in a class of its own.

Going for SE Summit may just be pushing the boat out a bit too far.