By Chris Russon on 2018-01-03 - The driving force behind Eurekar. Chris heads up a team of motoring correspondents under the Driving Force banner. Prior to Driving Force becoming independent in 2010 he was Chief Motoring Editor for Trinity Mirror Regional newspapers. Chris has been writing about cars for almost 40 years. 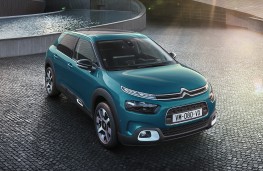 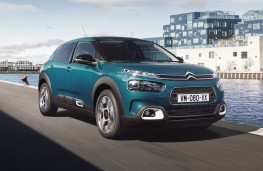 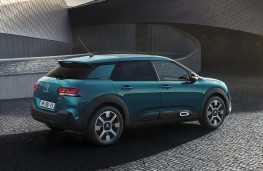 THE next generation of the Citroen C4 Cactus - the first model to feature the French car maker's new hydraulic suspension - will cost from Â£17,265 when it arrives in the spring.

An eight model line up will top out at Â£21,165 for a 1.2-litre petrol engined automatic in Flair trim - price rises of a few hundred pounds compared to the outgoing Cactus.

The new car, which features a scaled-down version of the side protection Airbumps and more rounded body lines, is due to be released early in April.

Citroen is claiming the C4 Cactus will set a fresh standard for comfort with the advanced suspension system allied to an all-new seat construction which uses extra cushioning for added support.

Four engines will be available with a bias on petrol units. The only diesel in the range will be a 1.6-litre BlueHDi engine developing 100ps with emissions as low as 90g/km which equates to 83.2mpg.

The petrol engines will all be versions of the PSA group's award-winning 1.2-litre, three-cylinder PureTech block with power outputs ranging from 82 to 130ps.

Onboard technology which will be available in the new C4 Cactus includes automatic emergency braking, blind spot and lane departure warnings and the electronic Grip Control system for added traction in poor conditions.

Citroen says that the progressive hydraulic cushions used in the new suspension set up can absorb bumps to produce a ‘magic carpet'-like ride for which the brand has been famed since the first DS models of the 1950s.