By Chris Russon on 2018-03-13 - The driving force behind Eurekar. Chris heads up a team of motoring correspondents under the Driving Force banner. Prior to Driving Force becoming independent in 2010 he was Chief Motoring Editor for Trinity Mirror Regional newspapers. Chris has been writing about cars for almost 40 years. 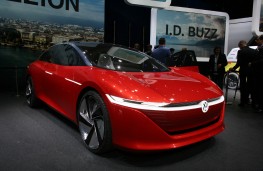 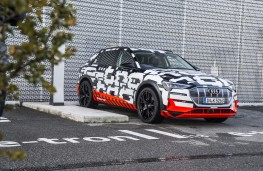 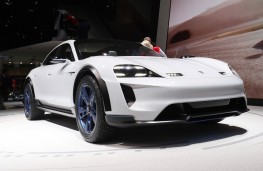 VOLKSWAGEN has announced plans to push ahead with its electric revolution and intends to be building battery-electric and hybrid models at 16 sites across the globe within the next four years.

Matthias Muller, chief executive of Volkswagen AG, made the announcement at the VW Group's annual conference in Berlin.

The Group - which includes Audi, SEAT, Porsche, Skoda and Bentley, currently produces electric vehicles at three locations, and in two years' time a further nine plants are scheduled to be equipped for this purpose.

To ensure adequate battery capacity for the massive expansion of environmentally-friendly electric mobility, partnerships with battery manufacturers for Europe and China have already been agreed.

The contracts already awarded have a total volume of around 20 billion euros and a supplier decision for North America will be taken shortly.

This year, another nine new vehicles, three of which will be purely electric-powered, will be added to the group's electric portfolio of eight e-cars and plug-in hybrids.

A number of VW Group newcomers were presented last week at the Geneva International Motor Show, among them the Audi e-tron, the Porsche Mission E and the I.D. VIZZION, another member of the Volkswagen I.D. family.

From 2019, there will be a new electric vehicle "virtually every month", Dr Muller said: "This is how we intend to offer the largest fleet of electric vehicles in the world, across all brands and regions, in just a few years."

However, Dr Muller stressed this did not mean Volkswagen was turning its back on conventional drive systems, including diesel powertrains, despite the ‘Dieselgate' scandal.

"We are making massive investments in the mobility of tomorrow, but without neglecting current technologies and vehicles that will continue to play an important role for decades to come," said Dr Muller. "We are putting almost 20 billion euros into our conventional vehicle and drive portfolio in 2018, with a total of more than 90 billion euros scheduled over the next five years."