By Chris Russon on 2018-03-18 - The driving force behind Eurekar. Chris heads up a team of motoring correspondents under the Driving Force banner. Prior to Driving Force becoming independent in 2010 he was Chief Motoring Editor for Trinity Mirror Regional newspapers. Chris has been writing about cars for almost 40 years. 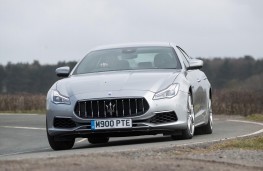 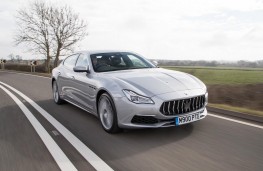 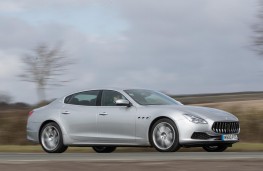 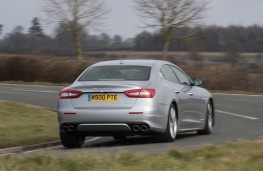 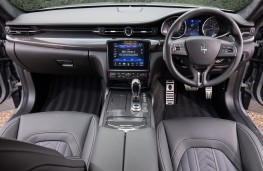 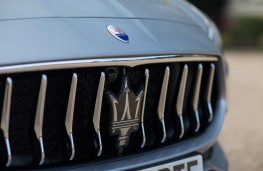 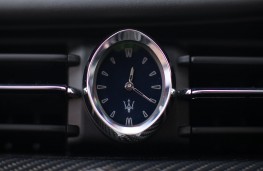 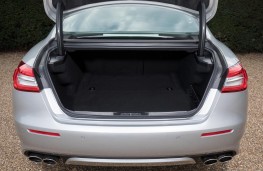 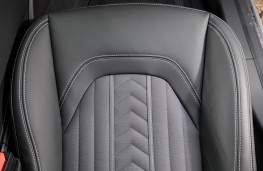 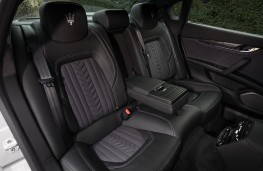 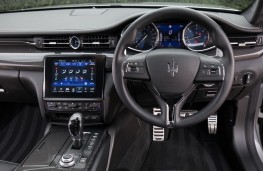 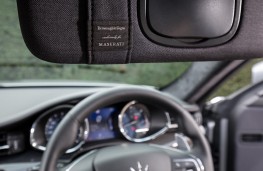 MASERATI has upgraded its flagship Quattroporte saloon with some classy design tweaks, extra technology and a power boost for the V6 petrol models.

The result is a car that looks even more sumptuous than before - and performs in true Italian thoroughbred fashion.

With a reworked grille featuring a prominent Maserati trident as the centrepiece, subtle changes to the bumpers and pronounced side skirts, the Quattroporte cuts a dash from any angle.

At the rear the four exhaust pipes protruding from either side of the diffuser leave no doubt about its credentials.

On the V6 petrol models power has been increased to 430bhp - up 20bhp - taking the 0 to 60 time for the Quattroporte S down to 5.0 seconds with a maximum speed now increased to 180mph.

Other improvements include adaptive LED headlamps with a range of almost 200 metres as standard fit, the introduction of a semi-autonomous drive mode for motorway cruising and some quality touches such as soft-closing doors and an electrically locking glovebox.

The Quattroporte range remains an eight model line up with prices starting from £71,530 for the 3.0-litre diesel variants and topping out at £118,525 for the mighty GTS models powered by a 530bhp 3.8-litre V8.

We have just tried the new Quattroporte diesel and despite all the hullabaloo about oil burners it remains the most popular engine in the range, accounting for some 75 per cent of sales last year.

Meeting all the latest emission standards it is a hugely effective performance engine with 275bhp on tap and masses of mid-range pull with 600 Nm of torque from as low as 2,000 revs.

With a stop/start system to aid economy it is rated at 46mpg with emissions of 163g/km and we weren't far short of that averaging 38.6 to the gallon in everyday driving.

The new Quattroporte has an electronic power steering set up and that's done nothing to diminish the feel and agility of this high end sports saloon.

With variable drive modes for sport and eco-driving and a sports setting for the suspension the car can be configured to deliver under all circumstances.

In sport mode there's real bite under acceleration and it feels well weighted, benefitting from Maserati's 50/50 weight distribution and rear-wheel-drive. It is also very quiet, especially for a diesel.

Performance figures are 0 to 60 in 6.4 seconds with a top end of 157mph and it excels through the gears.

As with all Quatrroportes, the diesel is fitted with an eight-speed ZF automatic transmission combined with rapid-fire paddle shifters allowing for plenty of fun if wanted.

The car we tried was in GranLusso trim which includes 20-inch alloys and an interior decked out with Ermenegildo Zegna silk trim - a sumptuous finish, beautifully stitched and combining well with carbon inserts in the dash and centre console.

However, the carbon trim was a £2,820 extra and with other options such as a Bowers and Wilkins sound system and the advanced driver assistance equipment it increased the price from £79,930 to £93,100 putting the Quattroporte well into the premium end of the market.

Nevertheless, this is a car at the finer end of the automotive spectrum in all aspects and as luxurious as it is potent.

Rear leg room is above average and the individual back seats remarkably comfortable with individual climate control for all passengers.

Boot space of 530 litres is plentiful and at some 17ft 6ins in length the Quattroporte is a commanding vehicle.

Onboard systems include Wi-Fi connectivity as well as full smartphone connectivity while the cockpit is a blend of high tech - there's an 8.4-inch square touchscreen as well as a seven-inch TFT screen in the instrument panel - and classic features such as an analogue clock in the centre of the dash.

Such combinations are typically Maserati and make the Quattroporte a status symbol befitting those who appreciate finery in every aspect - whether that be beautiful Italian accoutrements or engineering honed from a pedigree of motor racing legend. 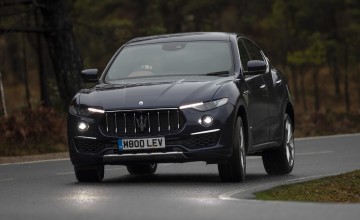