By Maxine Ashford on 2018-05-07 - Maxine has been a journalist since the late 1980s and for the past 13 years has specialised in motoring. Former motoring editor at Media Wales responsible for the Western Mail, South Wales Echo, Wales on Sunday. Freelance since 2009, Maxine loves cars but not quite as much as rugby! 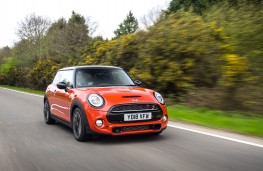 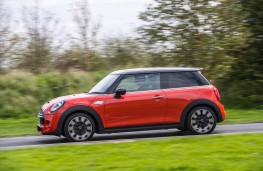 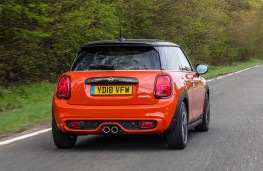 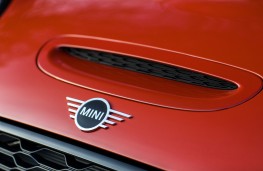 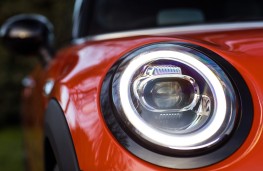 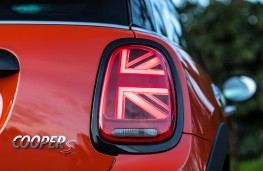 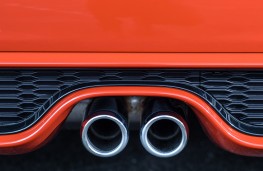 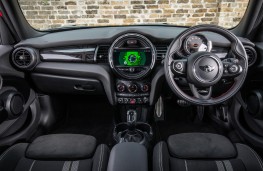 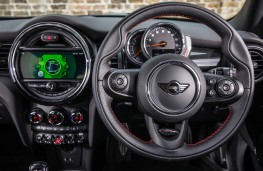 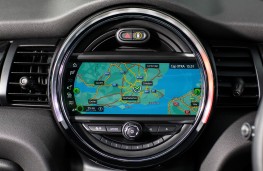 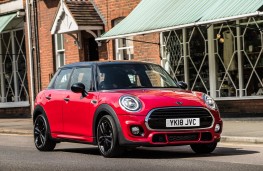 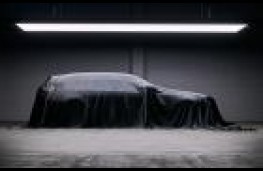 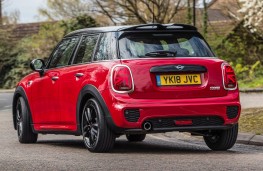 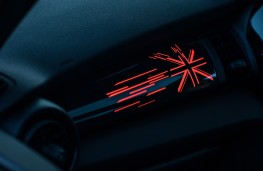 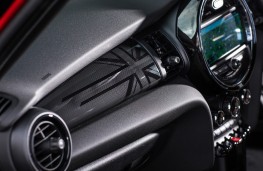 MINI has spruced up its latest hatchback range offering extra driver appeal through a raft of new techno treats, infotainment upgrades along with class-leading headlights and design tweaks.

Even the company logo has been given a fresh flat two-dimensional look.

Since BMW took over the Mini reins back in 2000, sales have soared and the all-round appeal of the car is still as strong as ever.

The latest hatchback line-up was launched in 2014 so four years down the line it was time for a freshen up.

A first for customers though will be the option to really stamp their own individual mark on the cars with the chance to have personalised parts 3D printed.

These include the dashboard, side scuttles and door sills - so you can have your name printed or choose from a number of bespoke designs. And the parts are very cheap and simple to replace if the car is later sold on to a new owner.

We visited the MINI Plant Oxford where 1,000 cars are built every day with one rolling off the production line every 67 seconds.

Although 80 per cent of these models are exported to 110 countries worldwide, we Brits still enjoy a very special relationship with the car that is steeped in British heritage.

The latest hatchbacks are on sale now priced from £15,905 for the MINI One three-door rising to £24,435 for the John Cooper Works model.

Customers can choose from the One, Cooper, Cooper S, Cooper D or JCW versions and there is a choice of diesel or petrol engines and either manual of automatic gearboxes.

When it comes to looks, the latest MINI hatch is eye-catching without being garish.

It looks modern and the latest additional features are very easy in the eye especially the rear LED lights that have a Union Jack design along with the front headlights that now have LED daytime running lights and the LED indicators integrated.

We had the opportunity to drive the three and five door models both in Cooper S grade and they each had their very own individual appeal.

Whatever Mini does to tweak, develop, upgrade and modernise its models one thing is very clear - it needs to remain a driver's car with all the original karting fun and exhilarating driving dynamics that have been a vital factor since day one.

And the latest cars have it in spades.

MINI believes the three-door models will account for about 55 to 60 per cent of sales with up to 95 per cent of buyers opting for petrol driven cars.

That may seem steep for a MINI, but it was fully loaded with all the optional extras imaginable.

Powered by a 192hp 2.0-litre petrol engine, it could sprint from 0-62mph in 6.8 seconds, maxed out at 146mph and, according to official figures, can deliver combined fuel economy of 47.1mpg with carbon emissions of 138g/km.

But for MINI owners worldwide, design and performance are always high on the list of priorities and the MINI Cooper S certainly lives up to high expectations.

The road-holding is super grippy meaning the car can be fired into bends with confidence.

The direct steering offers oodles of driver feedback and the acceleration through the six-speed manual gearbox is rapid with a constant supply of power on tap.

There are different driving modes Green, Mid and Sport that adjust the car's handling and also the appearance within the instrument cluster, which as always is dominated by the huge circular dial that houses the touchscreen.

The toggle switches, including the red power on/off control, are always a welcome reminder of how much fun the MINI is after all these years.

Next up was the MINI Cooper S in five-door body-styling, priced at Â£21,665 - a cost that once again increased due to the vast array of options fitted. This one tipped the scale at Â£28,585.

The five-door version boasts similar performance stats to the three-door model as it has the same powertrain, although it's a fraction of a second slower to reach 62mph and its slightly thirstier with combined fuel economy of 45.6mpg and CO2 emissions of 141g/km.

But when it comes to the handling, the five-door Cooper S is just as much fun and can be driven with equal enthusiasm.

The area where this version excels is the addition of the rear doors, so if you need to carry passengers or have a child seat that you require easy access to, then the five-door is a more practical all-round choice.

The latest on-board technology has brought the new Mini bang up to date with its competitors and although we only drove the car in daylight, the Matrix adaptive headlights offer exceptional lighting at night delivering better illumination without dazzling oncoming traffic.

And with the very latest trick in personalisation via 3D printing, the new MINI hatch series has moved forward at quite a click without losing an ounce of its thrill factor along the way. 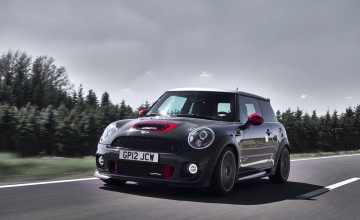 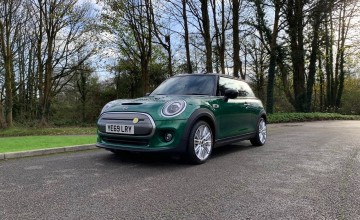 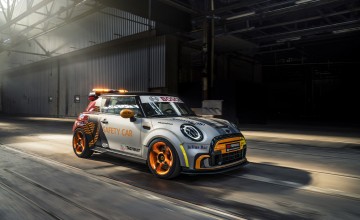