By Chris Russon on 2018-05-24 - The driving force behind Eurekar. Chris heads up a team of motoring correspondents under the Driving Force banner. Prior to Driving Force becoming independent in 2010 he was Chief Motoring Editor for Trinity Mirror Regional newspapers. Chris has been writing about cars for almost 40 years. 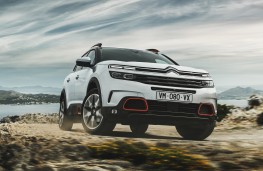 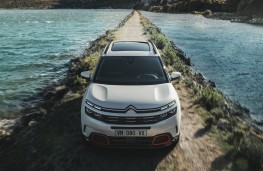 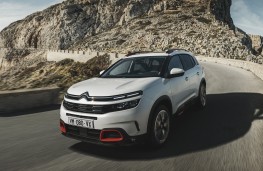 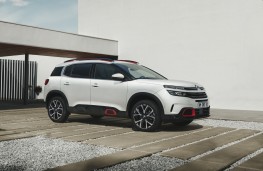 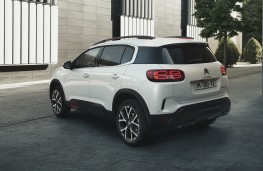 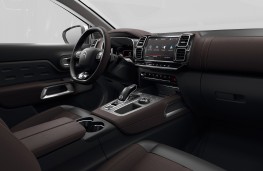 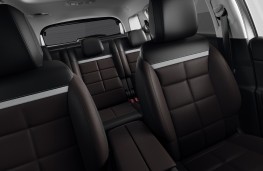 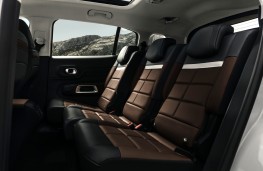 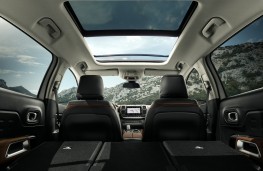 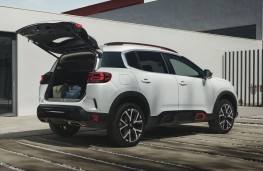 CITROEN is going large on the SUV scene with its new C5 Aircross - a car that's destined to become the French auto manufacturer's flagship model.

She told the audience at the Saint Cloud Domain in Paris that the C5 Aircross - to be built at the Rennes-la-Janais factory in France - would be a key lever for the growth of the brand and sold in 92 countries.

"I am very proud to present today the new C5 Aircross SUV," she said, describing the car as a next generation SUV that ‘complements the recently renewed Citroen range and addresses the crucial SUV segment with all the identity of the brand: design, comfort and modularity'.

Like the latest C4 Cactus, the C5 Aircross sits on Citroen's new ‘magic ride' progressive hydraulic cushion suspension and comes with Advanced Comfort seats putting the emphasis very much on a refined ride.

At 4.5 metres in length the new C5 Aircross is of similar proportions to the Land Rover Discovery Sport and comes with three individually sliding rear seats that allow boot capacity to range from 580 litres to a class leading 720 litres.

Fold them flat and there's a van-like 1,630 litres of luggage space to go at with a maximum load length of more than 1.9 metres.

The car also comes with a hands-free tailgate which opens automatically and an array of onboard storage spaces including a large - and chilled - centre console.

The cabin can be decked out in one of five finishes with either cloth or leather upholstery and trim.

With a 12.3-inch TFT digital instrument panel and a central eight-inch touchscreen the interior is smart and functional - not minimalist as has been the trend with other recent SUVs.

On the technology front, the C5 Aircross has wireless phone charging and some 20 driver assistance systems including a semi-autonomous drive mode.

It is also fitted with Grip Control - the PSA Group's electronic off-road system - and a hill descent control system with a ground clearance of more than nine inches.

Powered by a choice of two PureTech petrol engines and three BlueHDi diesel powertrains developing either 130 or 180bhp the C5 Aircross can be had as a six-speed manual or an eight-speed automatic.

All engines meet the latest Euro 6.2 emission standards and come 2019 it will be the first Citroen to be available as plug-in hybrid with an emission free range of up to 37.5 miles.

The C5 Aircross has been on sale in China where it is built at the Dongfeng-PSA factory since last year and has already notched up some 35,000 sales.

The European version is due for release later this year and will be offered in a total of 30 exterior combinations allowing for personalisation and a choice of 17 to 19-inch alloy wheels.

Three colour packs - white, silver and red - can be had to highlight the Airbump side protection panels fitted at the bottom of the doors with a matching effect on the front bumpers.

The C5 Aircross is also fitted with a 360 degree camera system and Citroen's ConnectedCAM onboard dash cam which can automatically store video in the event of an accident.

Prices and full specification for UK models will be announced closer to the on sale date but can be expected to start from less than £23,000. 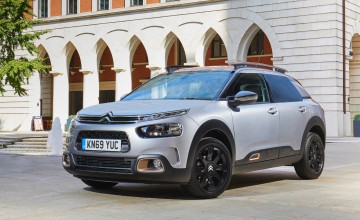 ONCE upon a time there was a reluctance for French car makers to go down the... 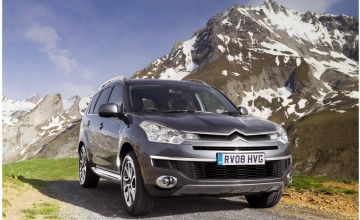