By Maxine Ashford on 2018-06-11 - Maxine has been a journalist since the late 1980s and for the past 13 years has specialised in motoring. Former motoring editor at Media Wales responsible for the Western Mail, South Wales Echo, Wales on Sunday. Freelance since 2009, Maxine loves cars but not quite as much as rugby! 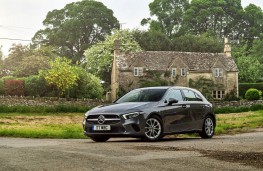 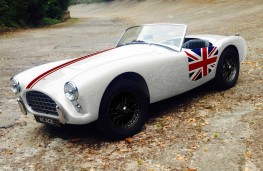 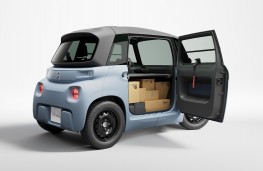 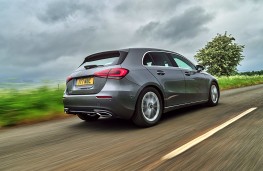 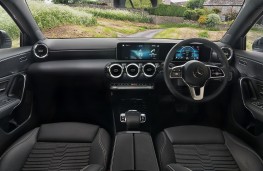 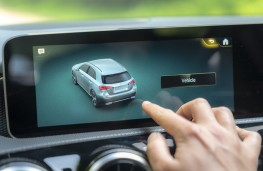 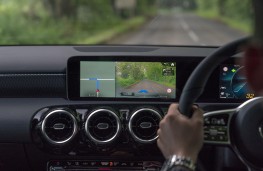 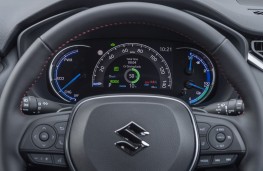 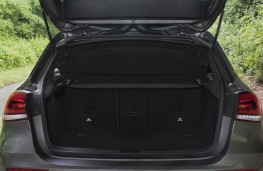 WHEN a car maker showcases its latest multimedia system at an international consumer electronics show in Las Vegas it must be pretty special and after a guided tour around the all-new Mercedes MBUX set-up I can confirm it is out of this world.

It's a fact that on-board technology has become as important to many buyers as the performance stats and if you don't believe me check out the number of mobile phones on show on restaurant dining tables - we simply can't be offline for a minute.

All modern cars have some form of infotainment system built in these days, some are pretty primitive and basic, some require computer programming lessons to navigate successfully, others work very efficiently and then there is the Mercedes MBUX which takes personalisation and connectivity to a whole new level.

The all-new fourth generation A-Class is the first car to feature the MBUX system - it stands for Mercedes-Benz User Experience and its almost unrecognisable compared to its predecessor with a wide central touchscreen that accommodates two 10.25-inch touchscreens that seem to blend into one another beneath a sheet of glass.

The rotary dial used to navigate the car's systems in previous generations has been replaced by a simple touchpad and there is a "Hey Mercedes" voice recognition system which can help with anything from weather updates, to finding music, phone contacts and even the nearest coffee shop with star ratings - after all who wants a bad coffee?

The screens can be configured individually to display a whole host of information and after a 30-minute guided tour, I was still only skimming the surface of possible features.

A neat touch is the profile facility which allows different users to store settings such as the seating positions, car temperature, favourite radio stations, ambient lighting levels and so much more - this is a great idea if the car is shared by more than one person.

But the MBUX is just one of the impressive features on the new A-Class which was originally launched back in 1997.

It has had quite a growth spurt - it's 14mm wider, 30mm longer and is available with a choice of punchy petrol or diesel engines all mated to a seven-speed automatic gearbox.

With prices starting from £25,800 and rising to £30,240 (without options), there are three trim levels to choose from called SE, Sport and AMG Line and despite all cars featuring the MBUX system, the screen sizes are reduced to seven inches unless optional packs are added.

Move up to Sport and you will see the introduction of 17-inch alloys, LED high performance headlights, upgraded upholstery and automatic climate control.

Of course there are a number of packs to factor in if you want a car that includes all the bells and whistles.

So, clearly there's plenty of options for customers to spec their car to the highest level if so desired.

The boot has increased slightly in size and can cater for a capacity ranging from 370 litres to 1,210 litres with the 40:20:40 split-folding rear seats dropped flat. The width of the boot opening has also grown and that makes it easier to load awkwardly-shaped items.

We tried a couple of the new A-Class models on a range of roads and both versions had their own individual charm.

As there were no special packs added to this model it had the more basic seven-inch screens which looked smart enough although they were not flush behind a sheet of glass. That said though, all the functions could be accessed and personalised to taste.

When it comes to handling, the A-Class is a delight to drive shifting effortlessly through the gears. Driven with a heavy right boot, there will be a lot of loud revving but if given a little respect, the transition through the gears is a lot smoother.

The diesel powertrain is nicely refined with barely a sound filtering through into the cabin and, of course, you get the great economy with this particular model. We were seeing just shy of 62mpg after 90 minutes driving.

This version featured the fabulous new double screen set-up which is very user-friendly.

Within minutes we were saying: "Hey Mercedes" which brought the computer to life and we asked it to increase the temperature, find radio stations and other random stuff. I particularly liked the way favourite icons such as navigation, phone or radio could be moved and prioritised.

When it comes to performance, the petrol model is definitely sharper and the driver can flick through various drive modes to liven things up even further - sport certainly makes the car edgier. On the downside, you lose the excellent fuel economy of the diesel model. We were seeing 44mpg.

All in all though, when you factor in the generous array of top notch safety features the latest A-Class is a fabulous piece of kit.

Yes, you have to pay out for the most advanced system, but you will be driving a car boasting state-of-the-art technology. 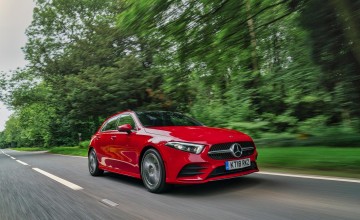 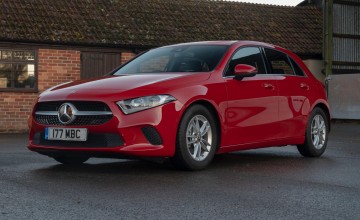