By Mike Torpey on 2018-07-07 - Driving Force news editor and responsible for organising our daily output. He was staff motoring editor of the Liverpool Echo for 20 years. 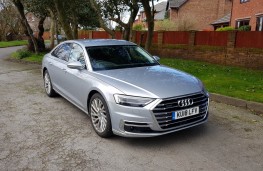 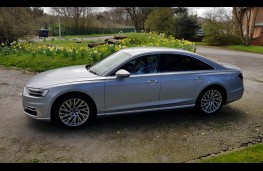 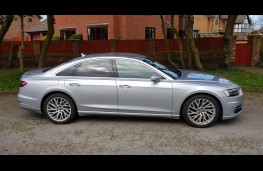 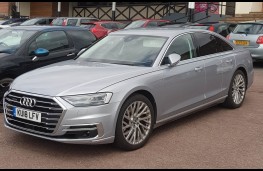 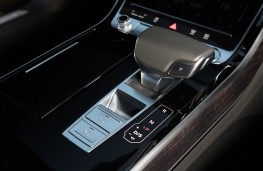 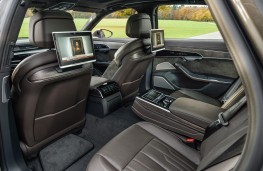 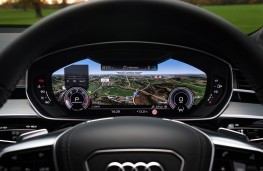 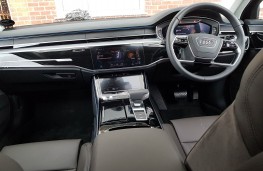 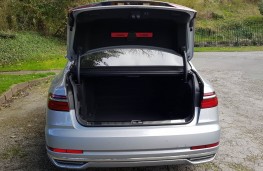 AUDI may have been successful in the World Car Awards no less than nine times, but few can have felt more satisfying than the latest.

In March, the new generation A8 was named World Luxury Car for 2018, beating a pair of Porsches in the process.

This latest accolade underlines not only the prestige in which Audi is held but also how far the brand has come in chasing, then overtaking, its prestige rivals at the top end of its vehicle range.

The competition didn't just focus on the likes of emotional appeal, passenger comfort, driving performance and safety either, but environment aspects as well.

And with the latter consideration in mind the A8 has also registered a first - it isn't just the luxury class car of the present, but of the future too.

That's because it is the first production car in the world to have been developed for highly automated driving and, looking ahead, the age of travel without driver interaction.

So this new fourth generation A8 includes a traffic jam piloting system, parking pilot and will even put itself in the garage as you watch from the driveway.

For now though the flagship saloon, which starts at a princely £69,100 for the standard wheelbase model and £73,095 for the stretched A8 L, is a serious tour de force.

All have Audi's quattro all-wheel drive and a mild hybrid set-up, which uses stored electrical power to let the car coast with the engine switched off and stay off longer at traffic lights, benefiting fuel consumption and CO2 emissions.

The A8 55 variant, so called because of Audi's new naming convention whereby cars with power outputs within a specific range get a different numeric rating - is a model of outstanding merit.

Smooth, sleek and minimalist, the new A8's interior is vast, airy, sumptuous and dispenses with the familiar rotary pushbutton and touchpad of the previous generation car.

Instead you get virtual instruments that look after everything from audio and sat nav to heating and ventilation while relaxing amid soft leather upholstery.

As a driver's car the A8 is beautifully refined, the petrol model whisper silent with instant power on tap as if flicks through the eight-speed automatic gearbox.

Air suspension is standard as the Audi irons out uneven surfaces and on the motorway it's progress is dream-like. In fact the only downside is the fuel economy - you'll be lucky to return 28 miles per gallon let alone the claimed 37.7 average.

Even at this higher end of the pricing spectrum there are still options to be had - in this case four-zone automatic air con at Â£1,250, a Comfort and Sound Pack for Â£1,695, acoustic double glazing for Â£675 and privacy glass at Â£495. 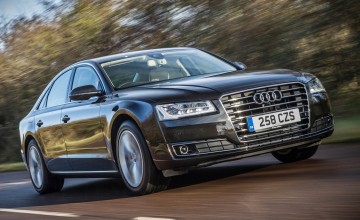 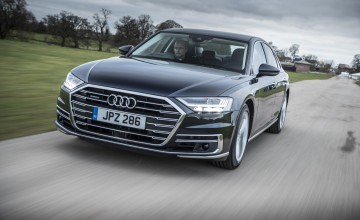