By Peter Hayward on 2018-07-09 - Peter has been writing about cars for more than 35 years producing road tests, second hand car tests, features on new and classic models, road safety and manufacturing. Has been a contributor to Auto Express, Classic Cars, Classic Car Weekly, Candis magazine and Japanese Motoring. 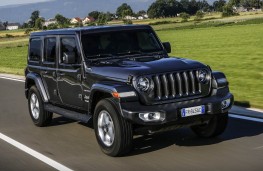 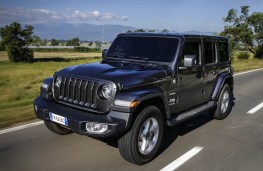 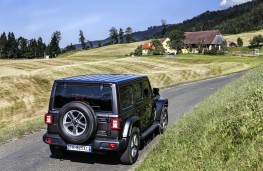 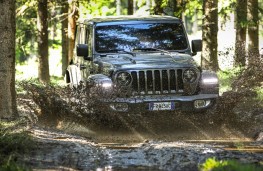 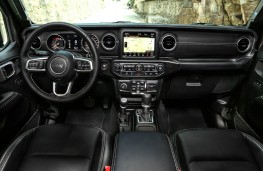 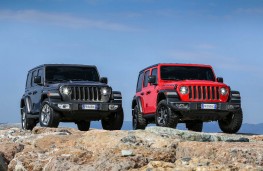 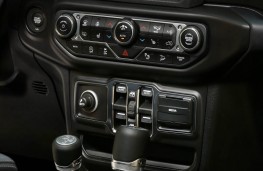 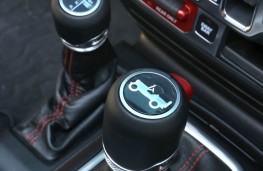 FOR anyone used to driving a Jeep Wrangler the latest model is a revelation.

Gone is the corkscrew, jolting ride and handling of the older models and instead it can compete with most of the other heavyweight 4x4s on the road.

But there is no compromise in off-road ability, which has characterised all Jeep's products from the earliest MB of World War Two.

On a day's mud-plugging up half an Austrian alp during off-roading at the company's European Camp Jeep HQ, nothing phased it whatsoever, and most people who own a 4x4 these days would have been amazed by what it could achieve.

That has always been the way with Wranglers but the huge change is in the on-road manners, which have changed beyond all recognition and will help it's appeal to many more buyers.

It's already selling like hot cakes in the USA, with 30,000 disappearing from dealers in just the first month.

Of course, over there Jeep is an institution, and many more owners take them off-road on a regular basis, and then return to the urban jungle and use them for their daily commute.

I drove both short and long wheelbase three and five door models and the only engine available was an excellent - and very smooth - 2.2-litre diesel turbo with no less than 200bhp.

Despite the Wrangler's two tonne weight, this is enough for a zero to 62 miles an hour time of 8.9 seconds - more than enough to keep up out on the open road.

Fuel economy is a claimed 38mpg which equates to 197g/km CO2.

It drives all four wheels through a new, standard and very slick changing eight speed automatic box that suits it perfectly.

The engine's output just shows how far we've come in recent years. The Last Wrangler and its brother the Cherokee were only available for many years with a 4.0-litre, six cylinder petrol engine, but it had 30bhp less than this new diesel.

The gearbox has a part-time 4WD system that takes power to the rear wheels for most road use.

But a floor lever can be used to select 4WD auto for snow, sand or mud on the move and this automatically brings the front wheels into action whenever they're needed for extra traction.

If that's not enough to get you out of trouble, there's a electrically lockable rear differential to give even more rough stuff capability.

There are two versions of this system called Command-Trac - as described above - and Rock-Trac, which is fitted to the most rugged Rubicon model.

Here, in addition to all the above, there are heavy duty axles and lockable front and rear differentials to help traversing the very worst of terrain without getting stuck.

All that is very much the same as what was available with previous models in the tough, go-absolutely anywhere Wrangler range.

But it's in road manners where the Wrangler has been catapulted forward so far. This latest reincarnation of the icon rides well over all surfaces in five door long wheelbase form, and needs give little to many other serious off-roaders.

The short wheelbase three door is not quite as good, but nonetheless, it rides well, and would be comfortable enough for the vast majority of people.

The Wrangler is an icon - of that there's no doubt - and now it's a competitor for almost any heavyweight 4x4 and has the history to show for it.

Prices have not yet been announced, but expect them to start around £36,000. 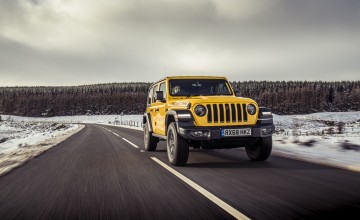 ONE of the toughest SUVs on the planet is getting a new image with the arrival...