By David Whinyates on 2018-07-11 - David is one of the UK’s most experienced motoring writers and was instrumental in setting up the Driving Force syndication service for Britain’s biggest regional newspaper group. Former Chief Motoring Editor of Trinity Mirror Regionals, he is Driving Force’s Consultant Motoring Editor and a director of Driving Force Media Ltd. 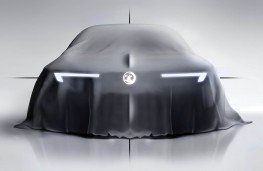 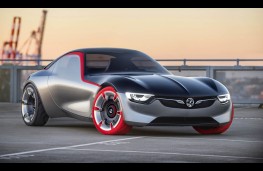 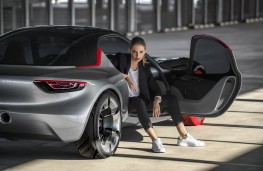 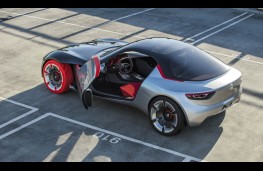 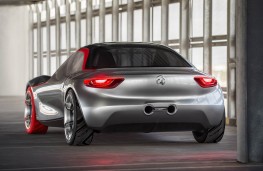 AS teaser images go, they really don't get much more teasing than this.

The car is swathed in an all-embracing cover and you can make out little other than a vague shape, a badge and a set of LED daytime running lights.

But this, according to Vauxhall, provides a first glimpse of where its design future lies come the mid-2020s - and it will be the template for the future design of its production cars.

It's a long time to wait, but clues to the final car's appearance may come from design cues seen in Vauxhall's GT Concept, which was revealed at the Geneva Motor Show in 2016.

Taking the ‘bold and pure' design principles from the GT, the new concept could mirror its simple surfaces, strong proportions, bold graphics and seamless integration of glass and body, says Vauxhall.

There's a fairly substantial "but", however - the interpretation might be different, adds the company.

While the teaser picture reveals little, the mere fact that it has been released says a lot about the British company's future, which many pundits thought may have been in doubt after it was swallowed up by the Peugeot Citroen group when it bought General Motors' European operations last year.

According to Mark Adams, Vauxhall's design vice president: "Design will be at the heart of everything that we do in future."

"It will truly differentiate the Vauxhall brand, and make it sharper and more relevant to our core values. We are a proud British brand and design inspiration is all around us in the UK - from the bold ingenuity of James Dyson to the pure designs of Jonathan Ive - and this concept will embody that.'

Adams has revisited Vauxhall's design philosophy and how it relates to the company's core values. One key element of the concept, he says, is the ‘compass': "It presents a confident identity, by putting the Griffin emblem in focus by the centre-crease line. This line is an integral part of all our designs, along with the daytime running light signature that we will further emphasise on future vehicles." 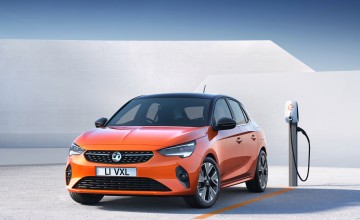 Hat-trick for Vauxhall in Germany

VAUXHALL gave a world premiere to three new models for the first time at the...