By David Whinyates on 2018-07-31 - David is one of the UK’s most experienced motoring writers and was instrumental in setting up the Driving Force syndication service for Britain’s biggest regional newspaper group. Former Chief Motoring Editor of Trinity Mirror Regionals, he is Driving Force’s Consultant Motoring Editor and a director of Driving Force Media Ltd. 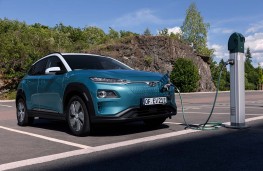 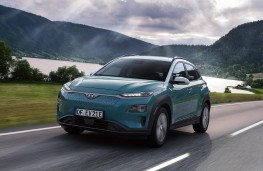 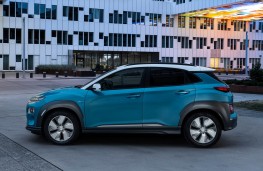 THEY'RE greener and better for the environment and this has been the main sales and marketing thrust for pure electric cars.

But few manufacturers have talked about the effect on your pocket of running a battery-powered car compared with a motor running on fossil fuel - until now.

According to Hyundai, which launches its new Kona Electric this week, its new battery-powered model could save a driver an astonishing Â£104 over 838.7 miles - the distance from Lands End to John O'Groats - when compared with a conventionally powered model.

According to the company you could travel the equivalent distance of Land's End to John O'Groats for around just Â£17 in a Kona Electric, while driving the same distance in a medium-sized petrol-powered car would set you back in the region of Â£121.

The figures are based on a cost of 2p per mile for the Kona Electric - calculated on a 10p per Kw Economy 7 tariff - and on buying petrol at £1.27 per litre for a similar family car doing 40mpg over the same distance. The company is quick to point out that the figures could vary depending on electricity tariffs and petrol costs at different stations.

What they don't mention, of course, is that, even with its' 300 mile driving range, the new Kona Electric would require a couple of relatively lengthy recharging stops on such a journey while a petrol car driver would be able to complete the trip with a couple of splash and dash refills.

The Korean brand produced the figures following a poll of 2,000 British car-buyers asking them to list the most important factors in choosing a new car.

According to the survey, running costs, reliability and price are high on the list of what motorists look for when buying a car while fuel type, road tax and the manufacturer also influence the motor we go for.

Economy, handling and safety have a bearing too - as does size, comfort and emissions.

The new Kona Electric arrives on the market at a time when sales of pure electric and plug-in hybrid vehicles are up by 25 per cent with a new model registered every nine minutes in the UK.

A spokesperson for Hyundai says: "There's so much to take into account when shopping for a new car but as the research suggests we are pretty decisive and know what we want.

"Of course everyone is different with very specific requirements but the findings provide an overall indication of what is important to us.

"And the cost of running the vehicle - whether it be the fuel type, road tax cost or reliability are clearly significant - however the findings also suggest that the driving experience itself is a major factor, too."

THE compact SUV segment is a congested one but given the classification is...

SINCE it hit UK showrooms in 2017 the Kona has proved a popular member of the...