By Chris Russon on 2018-08-20 - The driving force behind Eurekar. Chris heads up a team of motoring correspondents under the Driving Force banner. Prior to Driving Force becoming independent in 2010 he was Chief Motoring Editor for Trinity Mirror Regional newspapers. Chris has been writing about cars for almost 40 years. 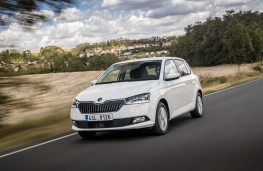 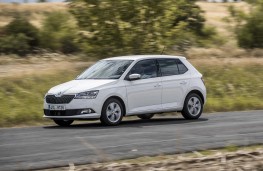 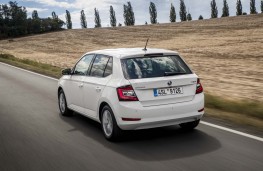 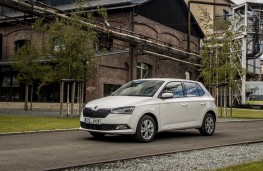 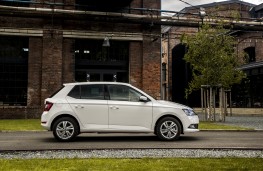 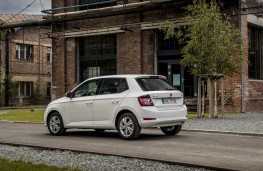 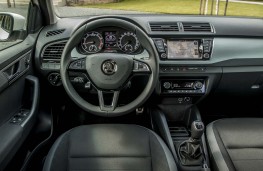 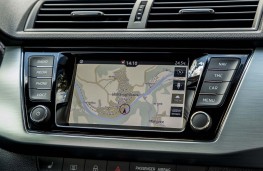 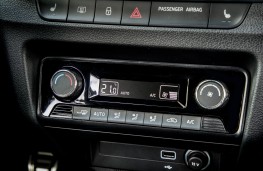 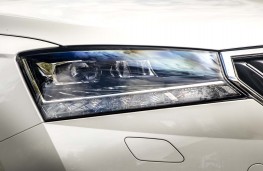 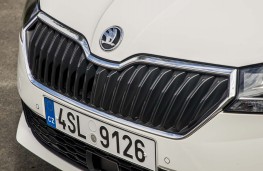 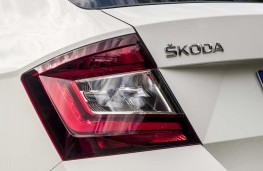 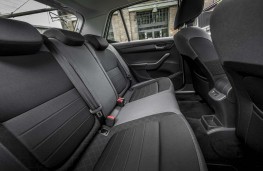 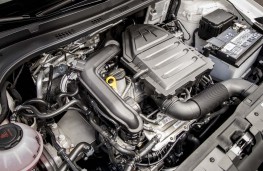 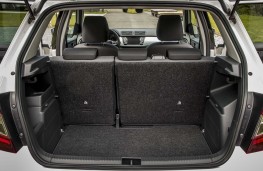 IT'S mid-life update time for the Skoda Fabia and the Czech car maker has pushed the boat out when it comes to refinement for its latest supermini.

With a new look front and back, better quality trim, more tech on board and some changes to the turbo engines the refreshed Fabia looks set to carry on the trend set by its predecessors.

That shakes down to some 20,000 sales a year making it a top seller for Skoda in the UK behind the Octavia saloon and estate.

The 28 model line up features hatch and estate body styles and is now petrol only with the range priced from Â£12,840 - an increase of around Â£600.

All models are powered by a 1.0-litre three cylinder engine available in 75ps MPI guise or in 95 or 110ps turbocharged TSI variants available with either five or six speed manual transmissions or in the case of the higher powered engine a seven-speed DSG semi-automatic box.

Top range Monte Carlo trim Fabias complete with sporty touches such as carbon-effect trim in the dash, climate control and higher grade upholstery cost from £16,785 for the hatch and £17,670 for the estate.

But it's in the detail where the new Fabia will score and all models come with the likes of LED daytime running lights, an updated instrument panel that is much easier on the eye and lighting for the centre console as well as one-touch operation of all four electric windows.

And on Skoda's Simply Clever front - which includes items such as an umbrella stowed under the front passenger seat and an ice-scraper in the fuel filler flap - there are now two USB ports in the rear along with a tablet holder, a double sided boot liner with an easy to clean side and - on the estate - an LED torch in the boot which is magnetised so it can be fixed to the body if required.

Other new additions are the option of full LED lights all round, 18-inch alloys for the hatch and full connectivity services via a 6.5-inch screen mounted in the centre of the dash.

All in all it keeps the Fabia hugely competitive in a market that has recently seen the likes of an all-new Ford Fiesta arrive on the scene.

We have just sampled the latest Fabia in both body styles and powered by the two TSI engines which are now fitted with particulate filters to help cut down on emissions.

In the 95ps model that equates to a CO2 figure of 104g/km with the more powerful 110ps engine almost the same at 105g/km with either transmission.

Officially that is a fuel return of 61mpg and on our runs we saw an average of 51 to the gallon from the six-speed 110ps engine and 46mpg from the five-speed 95ps model.

Performance from both is more than adequate and although the 110ps version can manage a 9.6 seconds 0 to 60 time compared to 10.8 for the 95ps set up the real difference is in the gearing with the extra notch available on the higher powered engine making it easier in the cruise.

Top speeds ae 115mph and 122mph respectively and on the road the Fabia performs in a highly respectable fashion.

Noise levels inside are well supressed on both body styles and the suspension set up is well balanced, coping with poor surfaces in a good fashion.

Although there's a new bigger grille and changes to the bumpers and light designs all round, the size of the Fabia is unchanged which means boot space ranges from 330 to 1,150 litres for the hatch and a class-leading 530 to 1,395 litres for the estate.

On the connectivity front - so important in this class of car - the new Fabia is right up to date with four systems available including two with full smartphone compatibility.

The top end Amundsen set up can be used with two Bluetooth devices and as a Wi-Fi hotspot as well as offering hook ups to Skoda's connected services which can allow remote access to certain vehicle functions such as its location, fuel level and even whether or not the windows are closed.

SKODA is making inroads with its family friendly SUV rangeThe large Kodiaq and... 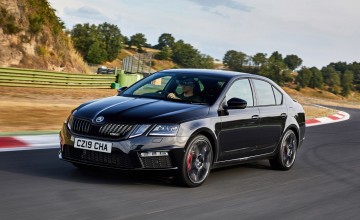 THE Octavia is the car that transformed Skoda's fortunes in Britain.With more...

THE appeal of an SUV tends to be in the space it can offer alongside its height...