By David Whinyates on 2018-09-12 - David is one of the UK’s most experienced motoring writers and was instrumental in setting up the Driving Force syndication service for Britain’s biggest regional newspaper group. Former Chief Motoring Editor of Trinity Mirror Regionals, he is Driving Force’s Consultant Motoring Editor and a director of Driving Force Media Ltd. 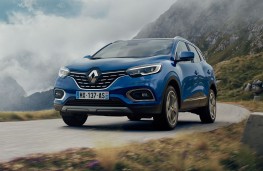 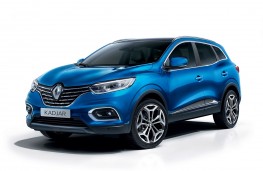 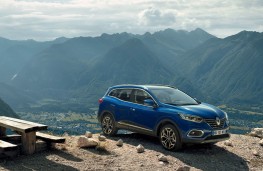 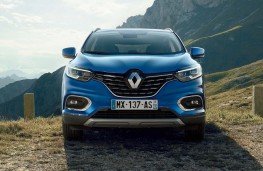 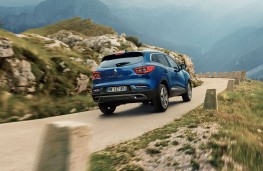 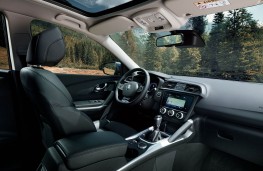 THREE years since its original launch and with more than 450,000 sales under its belt, the Renault Kadjar has been given its first major makeover.

Renault says that its research shows that the Kadjar's styling has been the main attraction for most of those buyers, so the design changes for the updated 2019 version are not dramatic.

However, the front end is visibly wider and more refined with a wider grille and a re-styled bumper. A number of minor changes include more brightwork on the grille and a new light signature at the front while at the rear a new bumper now incorporates the reversing lights and foglamps.

There are new 17 and 19 inch alloys, three fresh paint colours and top of the range models get a shark's fin style antenna on the roof.

Inside there's a new flush-fitting multimedia touch screen in the centre of the dashboard and the air conditioning controls have been updated with a more modern, ergonomic design.

Air vent surrounds, door handles and the central console now feature touches of satin chrome and there new controls for the electric windows and door mirrors, with backlighting for easier use at night.

Redesigned seats come with length adjustment and include double density foam to enhance comfort and prevent fatigue on long journeys plus firmer side reinforcements to provide better support.

For 2019 the Kadjar adopts new-generation Renault petrol and diesel engines which feature the latest emission control technologies. As before it will be available with either two or all-wheel-drive.

The latest Kadjar will be revealed to the public at next month's Paris motor show with UK sales likely to start early next year.