By Maxine Ashford on 2018-11-18 - Maxine has been a journalist since the late 1980s and for the past 13 years has specialised in motoring. Former motoring editor at Media Wales responsible for the Western Mail, South Wales Echo, Wales on Sunday. Freelance since 2009, Maxine loves cars but not quite as much as rugby! 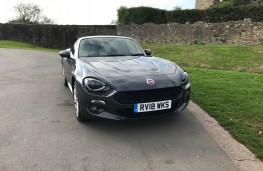 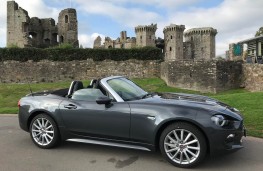 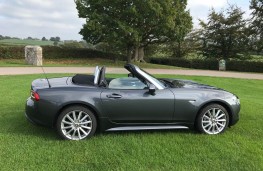 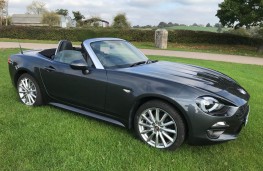 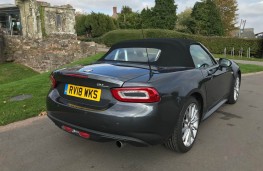 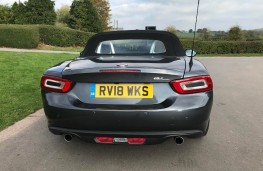 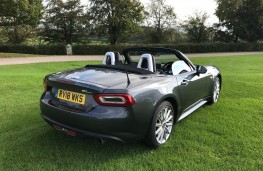 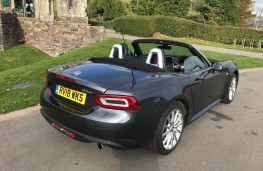 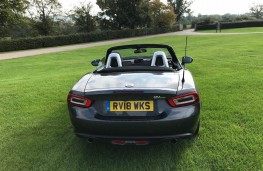 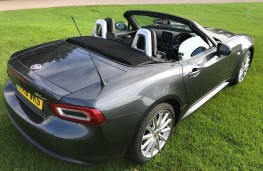 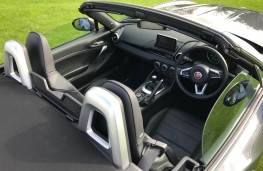 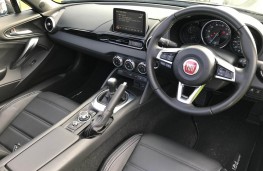 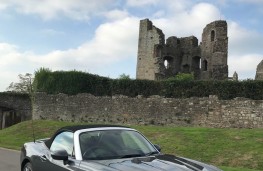 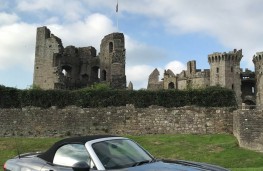 SOMETHING is definitely up with the climate. Every time I have tried out a two-seater convertible in the past, Mother Nature has thrown thunder storms, lightning strikes, gale force winds, biblical downpours and even snow in my direction.

But not this time.

Open-top two seaters that deliver excellent driver engagement and fabulous handling capabilities are few and far between, which seems a little crazy as we as a nation love the wind-in-the-hair driving experience.

One name immediately springs to mind - that of the Mazda MX-5. But there is another very accomplished car vying for sales and it offers the same appeal and fun-factor as its Japanese rival.

It's from Fiat and called the 124 Spider which is name that that has been revived by the Italian marque.

The interior is simplistic in its layout with a cosy cockpit that has enough space for two adults so long as they don't pack too much luggage. That's because space is minimal within the 124 Spider. There's no glovebox or door pockets, but there is a storage box behind the front seats.

There's also a small compartment beneath the armrest and two cup holders that are quite precariously perched and would be suitable for cold drinks only. The boot is compact in its size with a 140-litre capacity, but that's perfectly adequate for a couple of soft holdalls or overnight bags.

The roof is lowered or raised manually but this is a very simple one-handed process that can be carried out from the driver's seat and takes a matter of seconds to lock into place.

It was powered by a 1.4-litre 140bhp petrol engine mated to a six-speed manual gearbox and could complete the 0-62mph sprint in 7.5 seconds and maxed out at 134mph.

According to official figures the car can deliver combined fuel economy of 44.1mpg with carbon emissions of 148g/km.

But it's the manner in which the 124 Spider handles that really impresses. Just like the MX-5, it's a pure driver's car and delivers on all counts.

It's a vehicle that can be thrown into corners with a degree of confidence and there is a constant supply of power on tap which helps make very light work of overtaking.

The punchy engine delivers rapid acceleration through the manual gears and the suspension helps to iron out some bumps and dips along the way.

However, if comfort is high on your wish-list, think again. That's because your seat is just inches above the Tarmac so you will experience a number of bone-rattling jolts on your journey which is mainly due to the poor state of our roads rather than the car.

The 124 Spider's steering offers ample feedback and with the top down and the sun shining, it's the perfect car for a drive in the countryside - preferably on some quiet lanes. You can expect quite a noisy trip with a fair amount of road surface and engine noise filtering through into the cabin even with the roof raised, but it's all part and parcel of owning a sporty, open-top, two-seater that boasts a lot more positives than negatives. 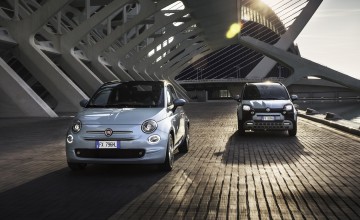 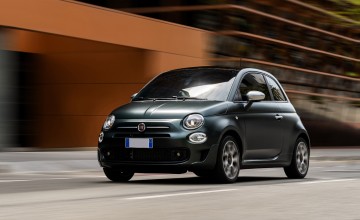