Cactus is just so

By Peter Hayward on 2018-12-12 - Peter has been writing about cars for more than 35 years producing road tests, second hand car tests, features on new and classic models, road safety and manufacturing. Has been a contributor to Auto Express, Classic Cars, Classic Car Weekly, Candis magazine and Japanese Motoring. 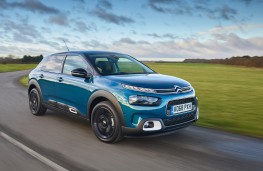 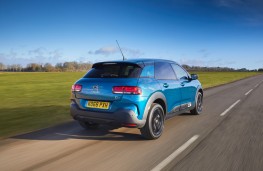 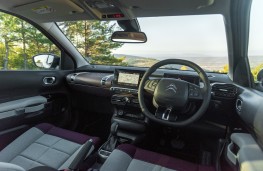 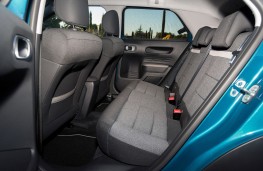 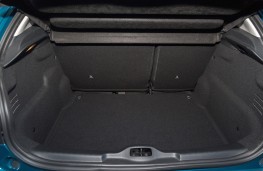 I HAVE long thought that in their quest for image, too many car makers sacrifice quality of ride for perceived sportiness when a majority of owners would rather have the comfort.

Even marques like Mercedes and Audi are guilty of spoiling perfectly good cars by fitting stiffer ‘sports' suspension and larger wheels with lower profile tyres.

Except in out and out sporting models, these rarely make much difference when it comes to handling and road holding, but they can ruin comfort over poorer surfaces.

I think to the majority of drivers ride comfort is far more important and Citroen has long made it a priority in almost every car it produces.

However, the level of comfort in the latest C4 Cactus is an absolute revelation.

Here's a car the size of a Vauxhall Astra that rides better than most Audis and BMWs. It takes speed humps and pock marked town surfaces at low speeds completely in its stride and even shrugs off the worst of country roads at speed as if crossing a snooker table.

This is the kind of comfort that used to be exclusive to Jaguar, Mercedes and BMW's best, but the minimalist Cactus beats or matches them with ease.

I say minimalist because that's exactly what it is.

The original Cactus was aimed at those who wanted basic, simple transport - rather like the buyers of the quirky 2CV in the 1950s and 60s.

It could happily be taken across a few fields -though only front wheel drive - but leaned like a racing yacht in the corners.

This Cactus too would probably make it across the fields without too much trouble, but despite some roll through the corners, it can take them remarkably quickly because it rarely loses grip and always feels well balanced and immensely safe.

I recently drove the only diesel in the range, the BlueHDi 100, in top Flair trim. I say top trim, but in fact there are only two trim levels available.

It has the latest and very smooth Peugeot/Citroen 1.5 diesel engine, driving the front wheels through a sweet changing six-speed manual gearbox.

It's decently quiet - rarely showing itself as a diesel at all - and also gives very good performance, covering the benchmark 0 to 62 miles an hour sprint in just 10 seconds.

There's always plenty of urge under the right foot so that making swift progress is never a problem.

Yet it's also amazingly economical and has very low emissions. In real road driving, it should be capable of 65-70mpg, which has to be as good as any combustion engined car on the market.

There is plenty of space for four and enough for five inside, with good storage all around the light and airy cabin.

The minimal interior has two digital screens - one for the binnacle and another for the media, sat nav and air con above the centre console.

The binnacle screen is very simple, with a figure readout for speed, a fuel gauge, warning lights and a small readout for the speed limit at any given time. There is no tachometer and when one could have been fitted very easily into such a digital setup, that's a shame.

The larger touch screen above the centre console is the only way to control heating, ventilation and stereo, but it's the car's one failing really because it's so difficult to use on the move.

When you have to go through a menu to get to the air con controls, it's far too complicated.

However, it does come with Apple Carplay and Android Auto, Bluetooth to link a phone, and the sat nav can be controlled by voice.

The driving position, with plenty of adjustment, should be fine for all sizes, but the seats are pretty flat and therefore don't give much support through the corners.