By Patrick James on 2018-12-15 - The author has been a motoring writer for more than 16 years. Formerly motoring editor at the Coventry Telegraph, he now produces motoring copy, on new car launches and road tests on a freelance basis. 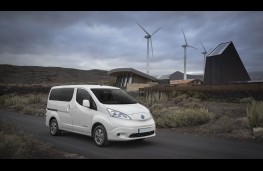 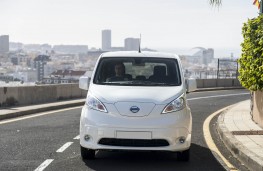 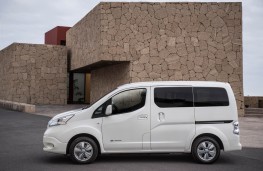 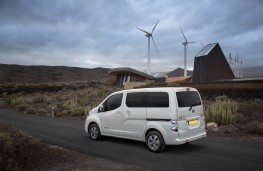 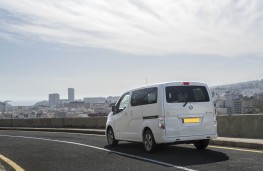 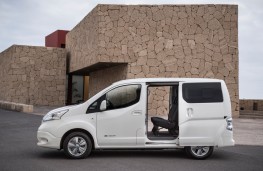 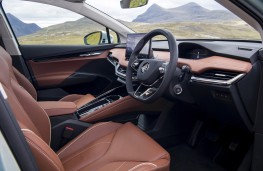 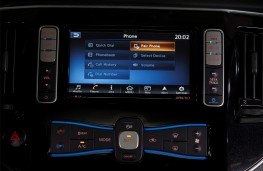 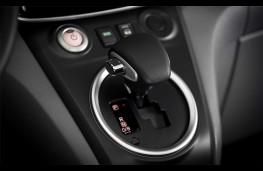 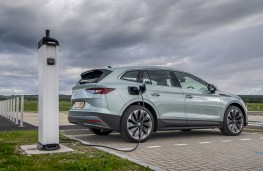 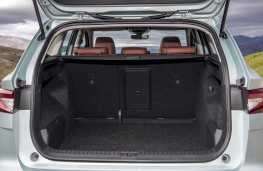 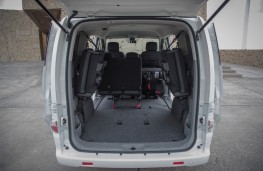 NISSAN continues to make great strikes in the electric vehicle sector with both latest Leaf and the new e-NV200.

The technology is moving on at pace with battery range, in the early days, at around 80-100 miles, substantially increased.

Now Nissan's advanced battery takes up the same amount of space as its predecessor but gives drivers more than 60 per cent extra range on a single charge without affecting load capacity.

The new 40kWh unit, replacing the 24kWh battery, increases the range to between 130 and 180 miles, depending on how you drive and the electrical supply demands from the vehicle.

In addition it is one of the first vehicles to be tested to the new real world driving WLTP efficiency standard with a combined range of 124 miles.

Obviously this can be extended with cautious city driving, but put your foot down, get the wipers, lights and air con going and the range goes off a cliff edge.

Essentially a light commercial, this Evalia model is a five or seven-seat people carrier or MPV style vehicle, offering spacious seating for all occupants. For a van, it looks pretty sleek as well with 15-inch alloy wheels and body coloured door mirrors and bumpers.

In this seven-seater, all are seated comfortably, in the two-three-two formation although the rear pair are tighter. In addition the seats can be removed or shifted into various combinations to accommodate all sorts of shapes of loads, suitcases or tools.

Access is via a large tailgate and as well as two sliding doors allowing access to the middle and rear set of seats. For extra practicality, there are various pockets, cubby holes and drink holders throughout the cabin.

On the road, the vehicle has tremendous speed off the mark as the battery delivers instant torque, while the single shift transmission means its as smooth as silk. It can hit 60mph in under nine seconds.

There are two drive modes, economy and power, which speak for themselves but shift the gear into B mode and this effectively brakes the car when you take your foot off the accelerator and regenerates energy back to the battery.

Not a great drive, except in congested conditions.

It is pretty near silent with little vibration or engine noise and with only wind or tyre noise intruding into the cabin.

It is easy to manoeuvre, with light steering and a brilliant turning circle, aided by the fact there is no transmission in the way.

Like the Leaf EV, it is well equipped with colour reversing camera for easy low-speed manoeuvring, Bluetooth connectivity, Intelligent Key and a new and improved fully integrated navigation system.

The layout is car-like, with power indicator and range rather than fuel gauge, plus various indicators of how you are driving and power consumption.

Instrumentation is logically laid out and the interior itself feels well built and airy, even if the hard plastic finish seem a bit dated for a motor costing over £30,000.

The NissanConnect EV app helps drivers organise their day and trips. Controlled from smartphone, tablet or computer, it allows owners to track and log driver reports digitally. They can check information on the battery charge level, start the battery charging and set the vehicle's climate control remotely.

Charging can be done in three ways. Up to 80 per cent at a fast charger at a service station, in towns or one of the growing number of sites throughout the country, takes takes 40 to 60 minutes, while it's around 7.5 hours to 100 per cent with a 7Kw wallbox.

It can take up to 21 hours with the standard domestic plug, so the wallbox, makes sense.