By Chris Russon on 2019-02-28 - The driving force behind Eurekar. Chris heads up a team of motoring correspondents under the Driving Force banner. Prior to Driving Force becoming independent in 2010 he was Chief Motoring Editor for Trinity Mirror Regional newspapers. Chris has been writing about cars for almost 40 years. 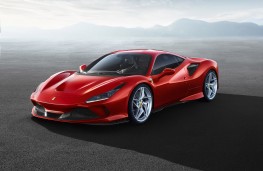 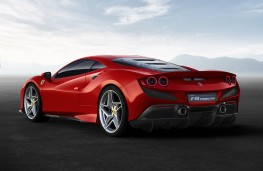 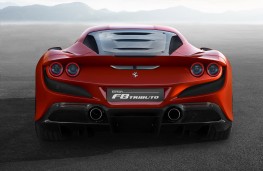 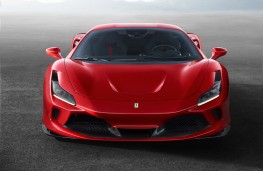 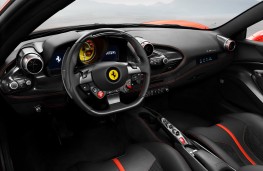 FERRARI has revealed the first official photographs of the F8 Tributo, its new mid-rear engined sports car that harks back to the company's classic two-seater berlinetta models.

With some 710 horsepower equating to more than 180hp per litre, the F8 Tributo has the most powerful V8 engine ever fitted to a mainstream Ferrari.

Weight reduction measures have cut the car's dry weight by 40kg compared to the 488 GTB while the F8's aerodynamics have been adopted from the Ferrari 488 Pista to help control handling and manage heat flow from the engine.

The F8 Tributo has been designed by the Ferrari Styling Centre and includes a new Lexan rear screen which shows off the engine.

At the rear, a spoiler wraps around the tail lights and mimics the arrangement used on Ferrari's early berlinettas, including the original 308 GTB of 1975.

A new-look interior includes a redesigned steering wheel, rounded air vents and a seven-inch touchscreen for use on the passenger side of the cockpit.

Fuel consumption for the F8 is still undergoing homolgation and while the car is on display at the Geneva Motor Show, no release date or pricing has yet been announced.