Head back to the

VOLKSWAGEN has shown how a new car platform it has developed could take you back to the hippy days of the Sixties.

The ID. BUGGY was unveiled at the Geneva Motor Show, not as a car you'll ever be able to buy, but hinting at what another company might make on the base MEB chassis from VW.

At the beginning of 2019, Volkswagen announced for the first time that it intended to also make the MEB accessible to competitors as an electric vehicle platform.

It says the ID. BUGGY is tied to the cult concept of a Sixties' dune buggy allied to the technical possibilities of the modern age.

A lithium ion rechargeable battery supplies the electricity for the ID. BUGGY's 204 horsepower electric drive motor in the rear.

To be able to feel the wind, a fixed roof and doors were deliberately dispensed with - and why the minimalist design of the interior is covered by waterproof materials. The concept car is a pure 2-seater; however, the ID. BUGGY can also be converted to a 2+2- seater, says VW. 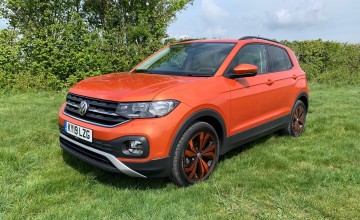 VOLKSWAGEN has added a new baby model to its already established SUV line-up...