By Ian Donaldson on 2019-03-16 - Ian estimates he has driven more than 6,000 cars (so far) in a road testing career that's taken him around the world. He has spent several years as a full-time staff motoring editor and is now a busy freelance journalist

Easy, or what? It's the new Focus from Ford, of course, with its estate shape adding carrying capacity to the practicality of its equally freshly minted hatchback sibling.

Except it's not medium-sized any more. The seemingly inexorable march of ever bigger cars really hits home with this newcomer, stretched in length over both the old estate and the new hatch.

It ends up a mere five inches - or a generous hand's with - shorter than a Ford Mondeo estate. And there's no argument here; the Mondeo is a big car.

Not as big in the boot, you may be amazed to learn, as the latest Focus estate, though, which packs a bigger package punch.

Yes, you can get more stuff in the load area of a current Focus estate than in a Mondeo with the rear seat in place or folded flat.

And thanks to a stretch between front and rear occupants, the latest Focus is plenty big enough to carry five strapping chaps in some comfort a very long distance.

As is the way with cars destined to appeal to price points stretching (for the moment) from £18,300 to £30,650, the Focus comes in a blur of versions, with petrol or diesel power, automatic or manual gears and as five-door hatch or estate.

Punchiest of the lot, for now, is the car on test here with an eager three-cylinder petrol engine producing a top speed nearly twice the motorway limit, thanks to 179 willing horses. They produce a deliciously throaty warble on the way to 62mph in 8.5 seconds.

Used with enthusiasm, the 1.5-litre engine won't produce the sort of economy you'll boast about down the pub. In more than 1,000 miles of mixed driving it showed 39.9mpg on the trip computer with a best of 42.3mpg for a gentle weekend jaunt into the country.

Ford was very keen that the latest Focus maintain its reputation as the best handling car in its class and will be happy with the result.

Here's a family machine that rewards a driver who wants to press on when conditions permit in a way the opposition doesn't quite manage.

Ford is also anxious to give its new (big) baby enough of an upper class feel in dearer versions to give rivals something to think about, with the Vignale badge indicating as posh a Focus as money can buy.

Which is where you might wonder if a different radiator grille, LED headlights and chunky 18in alloy wheels really lend a luxury feel. Inside, leather upholstery and a set of Vignale branded floor mats produce the same feeling as the exterior, that less might be more in this case.

No quibble about the fine B&O sound system, head up display or heated steering wheel - all standard kit - but other luxury touches, from hands free tailgate and panoramic sunroof to adaptive cruise control are all extra. 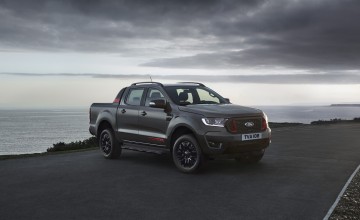 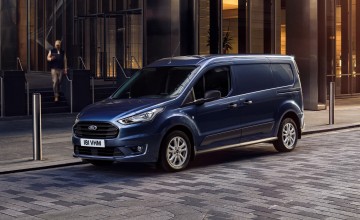 THE van market is just as competitive as the car market these days and possibly...