By David Whinyates on 2019-05-01 - David is one of the UK’s most experienced motoring writers and was instrumental in setting up the Driving Force syndication service for Britain’s biggest regional newspaper group. Former Chief Motoring Editor of Trinity Mirror Regionals, he is Driving Force’s Consultant Motoring Editor and a director of Driving Force Media Ltd. 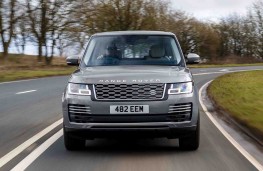 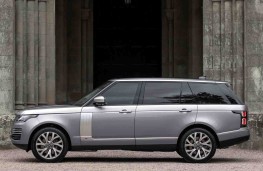 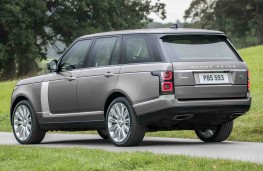 GAS-guzzling Range Rovers could be a thing of the past with the introduction of Jaguar Land Rover's latest 400HP Ingenium engine which the company says has achieved a creditable 30.4mpg on the new NEDC-approved combined fuel consumption cycle.

The improvement comes thanks to a number of technical developments not least of which is a mild hybrid system which pairs the three-litre engine with an electric motor that can harvest energy through deceleration and store it in a 48V battery.

As well as a twin-scroll turbocharger, the six-cylinder engine is fitted with an electric supercharger which delivers a massive 550Nm of torque and powers the latest Range Rover from 0-60mph in 5.9 seconds and on to a top speed of 140mph.

Minor specification upgrades set the latest Range Rover apart including updated headlights which include two new features as standard: sign post dimming, which identifies road signs and turns off the individual LEDs that could reflect back and cause glare, and tourist mode which allows the driver to select whether they are driving on the left or right-hand side of the road and adjusts the beam pattern accordingly.

Connectivity has also been enhanced with the addition of a new smartphone pack with mobile device mirroring.

The latest Range Rover is available to order now, priced from £83,655 OTR.