By Lee Gibson on 2019-05-12 - A journalist with nearly 30 years of experience on some of the biggest regional newspapers in England and Wales including the Birmingham Mail, Express & Star, Western Mail, the Sunday Mercury and Wales on Sunday. He currently edits the Sunday Mercury motoring pages as well as contributing to Eurekar. 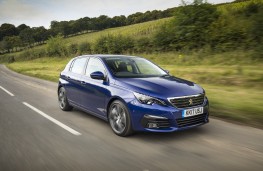 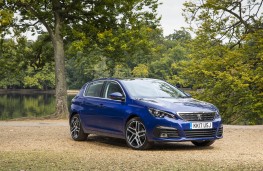 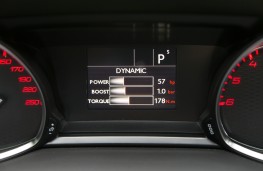 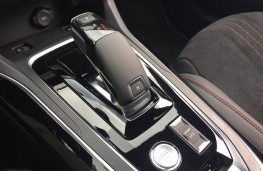 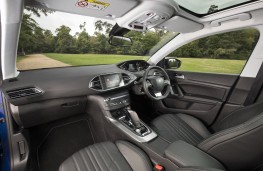 CROSSOVERS and SUVs may be all the rage at the moment but it's hatchbacks which are still the top choice overall with UK car buyers - regularly dominating our top 10 list of best sellers.

Peugeot has a long tradition in this area and, although it may not have been around for as long as rivals such as the Volkswagen Golf, Vauxhall Astra or Ford Focus, the French car maker's 308 is an established presence in the class.

Currently in its second generation, and having been refreshed in late 2017, it is a stylish choice for young families, boasting an upmarket interior, plenty of tech and a range of punchy and efficient engines.

There are six trim levels to choose from with competitive prices ranging from £20,000 for the entry-level Active model up to £29,920 for the performance-focused GTi hot-hatch.

Power comes from a selection of Peugeot's PureTech petrol and BlueHDi diesel engines mated to a six-speed manual gearbox as standard, although some can also be specified with an eight-speed automatic transmission.

This was the case with the 130ps, 1.5-litre diesel unit in our car and it is a combination which offers a good balance between performance and economy - shifting the 308 from 0-62mph in under 10 seconds while offering an average 55.4 miles per gallon under the new, more realistic, WLTP (Worldwide Harmonised Light Vehicle Test Procedure) fuel test regulations.

Allied to this spritely performance are a largely comfortable ride and some nimble handling which make the 308 an enjoyable car to drive for the most part, further enhanced by flicking the eco/sport drive mode selector in our GT Line car into the sport setting.

This sharpens up throttle responses and sees the smooth transmission holding on to gears for longer under acceleration, accompanied by a satisfying growl from the engine.

It also changes the colour of the driver's display from white to bright red and shows various power readouts in a dynamic horizontal bar-graph layout - a video game-style gimmick which never fails to bring out the boy racer in me.

Peugeot's i-Cockpit layout, featuring a raised instrument panel above a smaller racing-style steering wheel, although it may be an acquired taste, adds to this arcade-style feel, heightening the sense of agility and ensuring the driver feels fully engaged.

The 308's dashboard is dominated by the 9.5-inch touchscreen interface, which comes as standard on all models and provides access to most of the vehicles functions, meaning there are very few traditional controls and creating a clean, modern and minimalist feel.

Soft-touch surfaces supplemented with contrasting trims and finishes add interest as well as befitting Peugeot's ongoing mission to take their cars into more premium territory, so it's a shame that the cabin is let down by some tight rear legroom, which could leave adults feeling a little cramped on long journeys.

Open up the boot, though, and the 470-litre capacity is very generous for a hatchback and perhaps a sign that the company was prepared to gamble on the fact that families would value the extra load space over room in the back, where the kids would most likely be sitting anyway. 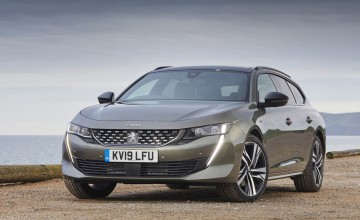