By Chris Russon on 2019-05-20 - The driving force behind Eurekar. Chris heads up a team of motoring correspondents under the Driving Force banner. Prior to Driving Force becoming independent in 2010 he was Chief Motoring Editor for Trinity Mirror Regional newspapers. Chris has been writing about cars for almost 40 years. 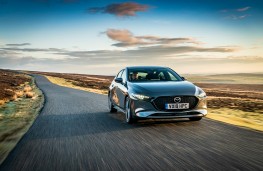 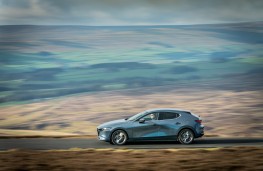 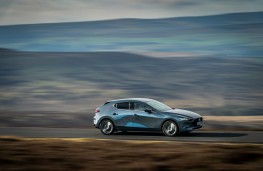 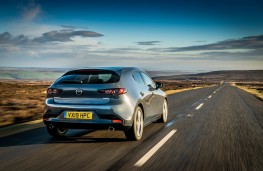 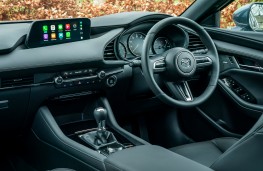 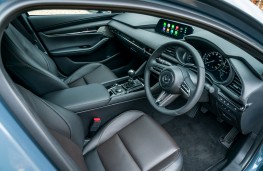 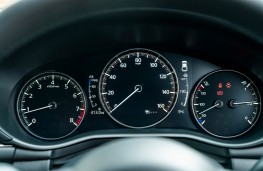 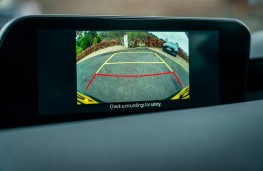 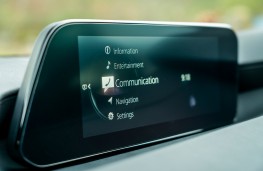 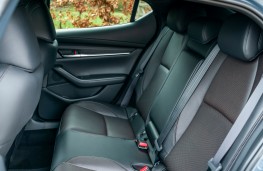 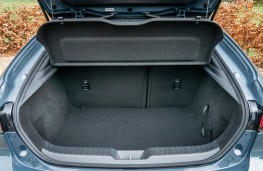 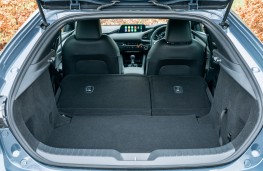 DESIGN is hugely important to Mazda and that's why its cars of today are among the most distinctive on the road.

It started with something the Japanese car maker calls Kodo, went on to spawn a couple of gorgeous concept cars and now is getting ever closer to reality with the new Mazda3.

A rival to the likes of the Ford Focus, Kia Ceed and the Volkswagen Golf, the latest Mazda leaves the others in the shade in terms of styling.

The new Mazda3 also marks the arrival of mild hybrid powertrains into its armoury taking fuel economy and performance to new levels.

Priced from £20,595 for a petrol hatch and £22,395 for a diesel the latest models are almost at the same level as their predecessor.

Just two engines are available at the moment - they will be joined by Mazda's revolutionary SKYACTIV X engine later in the year - and those are a 2.0-litre 122ps petrol and the company's latest 1.8-litre diesel which develops 116ps.

The petrol engine has the 24-volt mild hybrid technology allied to cylinder deactivation which gives it best fuel economy of 45.6mpg with emissions of 117g/km while the diesel comes in at 56.5 to the gallon with a CO2 rating of 107g/km.

Those figures under the new WLTP fuel testing programme aren't to be sneezed at either and on our runs in the new Mazda we exceeded both without trying seeing an average of 50.2 from the petrol and 58.2mpg from the diesel.

That's splendid economy and the cars are no slouches either both accelerating from 0 to 60mph in around 10.4 seconds with top speeds just north of 120mph.

The new Mazda3 impresses on all fronts - not just with its curvy lines but also with its high level of specification across the line up.

A head up display - projected on to the windscreen - is standard on all models as is sat nav, full smartphone compatibility and automatic headlamps and wipers.

On all but the base SE-L versions a high definition reversing camera is included as are front parking sensors.

Higher trim levels - the range tops out at Â£25,495 for the six-speed manual petrol and Â£26,395 for the diesel - come with rear privacy glass, adaptive LED headlamps, dual zone air conditioning and heated from seats.

Automatics are also available throughout the range for a premium of around £1,300.

On the road both petrol and diesel models are incredibly quiet inside such is the degree of noise insulation and the handling is above par - nicely precise and confident.

A clean cut approach to the instrumentation and controls includes an auto hold parking brake and a heavily contoured dash with soft touch finish.

If there is a criticism it is with the design of the central display screen which although 8.8-inches wide is very much widescreen and on the narrow side which impacts on the map display when the sat nav is in use.

That apart there is little lacking to the interior which is roomy front and back with nicely comfortable seats all round.

Boot space ranges from 358 litres to a maximum of 1,026 litres with the rear seats folded and the car can accommodate lengths of more than 1.3 metres.

Come October the Mazda3 line up will be expanded to include saloon versions which apart from the bonnet and windscreen are very different in design and closely resemble the Vision Coupe concept which Mazda revealed in 2017.

Mazda has always been a player in this sector of the market - and that goes back to the days of the 323 models of the 1970s - and not only is this fourth generation Mazda3 head and shoulders above its predecessors, pound for pound it has to be the current class leader.

IN a packed field of competitors, to stand out from the crowd takes a bit of... 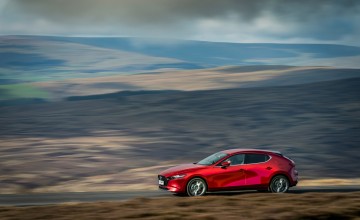