GERMANY'S trio of prestige car makers have been battling it out for years to produce the most outrageous high-performance models on the market, with the bragging rights changing hands with every new model introduced.

Now Mercedes would appear to have taken the crown and are topping the podium - for the time being at least - with two new AMG-developed super-hatches, based on the A-Class.

We say based, because the only real similarities between the new Mercedes-AMG A45 hatchback and CLA 45 coupe and the standard compact showroom models are the basic body outlines and, even then, there are extensive mods designed to provide a more muscular and aggressive look befitting the cars' performance potential.

The bodywork has been re-inforced and styling and aerodynamic changes include an AMG-specific radiator grille with a wider lower contour and twelve vertical louvres, a massive front apron and splitter with huge air inlets, a more pronounced "shark nose", slim, deeply contoured headlamps, a re-engineered bonnet with power domes, wider front wings, flared wheel arches and more pronounced side skirts. The A45 also gets a big roof-mounted rear spoiler.

But it's under the bonnet where the new 45s put one over on rivals from Audi and BMW. The newly developed two-litre, twin-turbo, engine is claimed by Mercedes to be the world's most powerful turbocharged four-cylinder powerplant manufactured for series production and with an output of up to 211 hp per litre, this new Mercedes-AMG high-performance turbo engine even ranks ahead of many well-known super-sports car engines.

The hand-built engine is almost 40bhp more powerful than the previous engine while maximum torque has also increased from 475 to up to 500 newton metres.

Both the hatchback and coupe will be available in standard and S trim with 381 and 415bhp respectively. All will despatch the 0-60mph sprint in under four seconds with an electronically limited top speed of 168mph for the S model and a mere 155 for what AMG calls the ‘basic' version. Even then, however, you can get an optional upgrade which will match the S variant's maximum.

Needless to say, with prices expected to be around Â£50,000 when they come to the UK, these new compact high performance models from AMG will come with a full complement of comfort, convenience and safety features including Mercedes' MBUX infotainment system with AMG-specific displays and voice control. 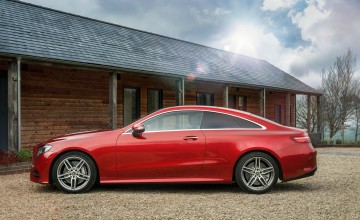 THESE days the term coupe is being applied to an increasingly wide range of... 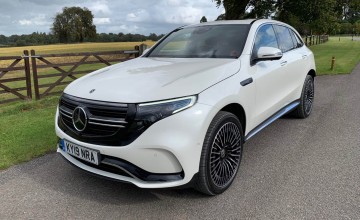 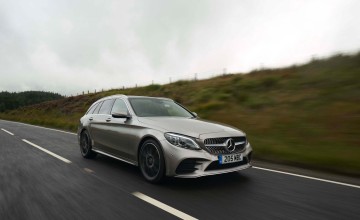