By Patrick James on 2019-07-06 - The author has been a motoring writer for more than 16 years. Formerly motoring editor at the Coventry Telegraph, he now produces motoring copy, on new car launches and road tests on a freelance basis. 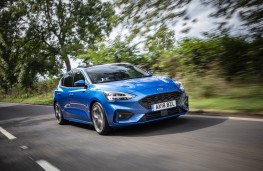 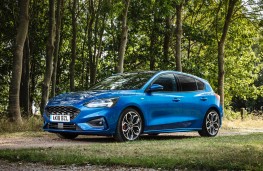 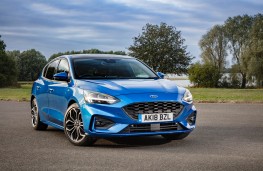 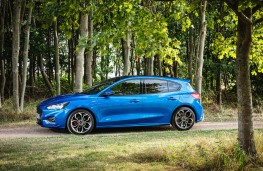 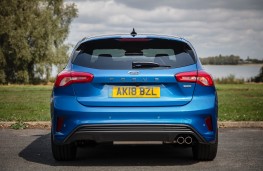 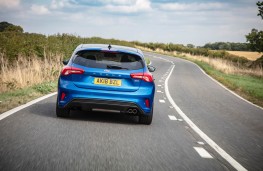 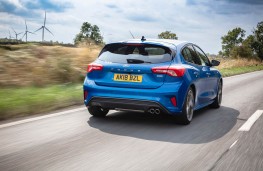 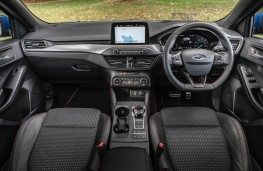 YOU may have been living in a cave, or not very interested in cars, if you don't know about the Ford Focus.

The top selling hatchback has got better than ever, and that's saying something.

It first burst onto the scene back in the late 90s and raising the bar for family hatchbacks, but now thers have substantially raised their game and present a real challenge.

I first drove a Focus in 1999 and was amazed at the quantum leap in handling, road-holding and sharp steering delivered by the clever suspension setup.

The latest version is a fine looking car, very much on the lines of the smaller Fiesta and miles away from the more rounded original.

It has a sleeker, more sculpted profile, with new headlight clusters, smaller grille with the familiar blue oval and stylish alloy wheels.

It features a high tech three cylinder, one-litre turbo charged engine. Not huge, but packs plenty of power, 125ps to be precise, meaning it can hit 60mph in a healthy 10 seconds, plenty quick enough for most people. It also delivers good economy and low emissions.

The interior is without doubt, the best yet, particularly with this range topper. And with a price tag of around £23,000, it needs to be.

Even the entry level Focus will cost more than £18,000 and you don't even get alloy wheels for that price. But it still has a decent range of kit.

This model has an almost executive feel, dominated by the central eight-inch touchscreen, whch is highly intuitive and controls major functions like navigation, infotainment through a high quality sound system and smartphone connectivity via SYNC 3. Voice control also allows hands free activation. Unlike some, it is a piece of cake to navigate your way around the system.

The seats are comfortable and fully supportive, while soft touch plastic finish is in abundance and neat chrome/silver touches are plentiful.

On the road, the Ecoboost engine has plenty of urge and enough in reserve for comfortable overtaking on the motorway, while delivering that throaty rasp so familiar these days with three cylinder engines.

It is also features the industry's first cylinder deactivation system for a three-cylinder engine, which can automatically stop one of the engine's cylinders when full capacity is not needed.

Official figures suggest around 47mpg, but the onboard computer suggested something nearer 38mpg, which is still pretty good with emissions of 111g/km.

The ride is as impressive as ever with the independent rear suspension system featuring continuously controlled damping, which e-monitors suspension, body, steering and braking inputs, and adjusts for the smoothest ride.

As a hatchback, it is naturally flexible and practical and this model is slightly longer than its predecessor, allowing class-leading knee clearance for rear seat passengers and six centimetres more shoulder room in the rear.

Boot space is good and not having a dog didn't try this, but Ford says it can accommodate a large dog crate without needing to fold the rear seats. Fold the rear seats and a huge stowage area comes into play.