By Peter Hayward on 2019-07-23 - Peter has been writing about cars for more than 35 years producing road tests, second hand car tests, features on new and classic models, road safety and manufacturing. Has been a contributor to Auto Express, Classic Cars, Classic Car Weekly, Candis magazine and Japanese Motoring. 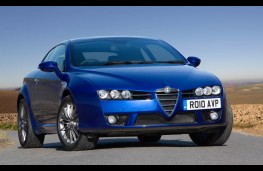 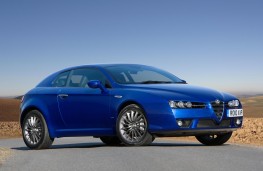 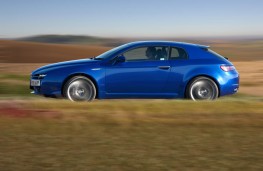 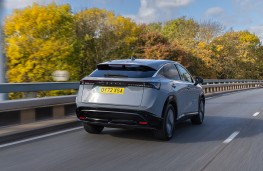 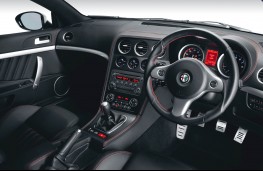 THE Alfra Romeo Brera coupe and its sister soft top the Spider are truly beautiful cars and come with a range of fantastic petrol and diesel engines.

These delightful cars look the business even when they're at the kerb and if you want to stand out from the crowd, this could be the one to get you noticed.

They are getting a little long in the tooth these days, with build taking place only between 2006 and 2011 but I'm pretty sure that before very much longer they will become appreciating classics

Alfa never intended the Brera for production but after a concept car based on a Maserati was shown by ItalDesign in 2003, the company bowed to public pressure and came up with the Brera we know, based on the excellent chassis from the 159 saloon.

Some have called it a grand tourer rather than a sportscar but from my perspective, any car with such fantastic performance and handling is at the top of the sporting tree.

The 2.2 sprints to 62mph in 8.7 seconds, while the TBi brings this down to 7.7 and the 3.2 to seven seconds. All have a marvellous soundtrack in the Alfa tradition, as does the very good 2.4 five cylinder JTD diesel, which has 200bhp in earlier models and later 210bhp.

It is also capable of 40 miles per gallon while the 2.2 petrol is rated at 30mpg and the V6 at 25mpg. Best petrol economy comes from the TBi 1750, which should return just under 35mpg.

Emissions are not the Brera's strong point and the best petrol performer is the TBi, which emits 189g/km of CO2. The 2.4 diesel is the best of the bunch at 142g/km.

Both the Brera and the Spider handle beautifully, taking the corners with consummate ease, thanks to excellently weighted and progressive steering and a superb chassis set up.

Grip is good through every bend despite a little body roll and I always found the two or three examples I drove over the years a complete joy.

Swift changes of direction can upset the balance a little and the six-speed gearchange was notchy in one of the cars I drove.

However, there is not a BMW or a Mercedes that can compare to the Brera's stunning lines.

The ride is pretty good in all but the S versions, which have stiffer springs giving an unsettled and sometimes uncomfortable harshness over poor surfaces.

Inside, the cabin is full of flair. There are two rear seats, but they don't have any legroom even for small children and are very much an afterthought.

Most have leather upholstery, the cowled instruments are great and the whole cockpit is angled towards the driver giving a very special feel.

The level of standard kit is good compared with some rivals from the same time, with seven airbags, audio remote controls, cruise, parking sensors, lumbar support, sports seats, traction control and alloy wheels even in the standard trim.

If that's not enough for you these cars were built when Alfa got the reliability right and so with full service history, they should last.

IF you're looking for a more individual and sporting family hatch - something...