By Edward Stephens on 2019-08-18 - Edward edits the motoring pages of the Birmingham Mail and Birmingham Post as a freelancer after more than 35 years on the staff. Also writes on motoring for various other newspapers, trade magazines and well known websites. 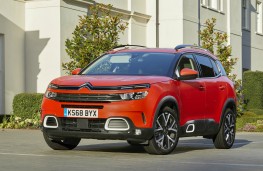 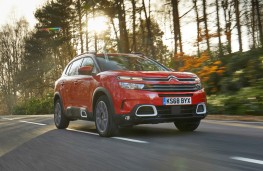 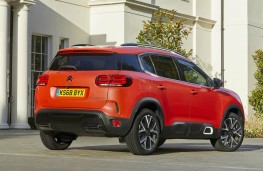 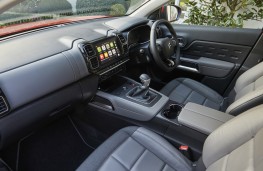 LOVE them or hate them the cars produced by Citroen continues to be completely different to those of any other car maker in terms of design and comfort.

It's something they have done for generations and in the main they tend to get it right, particularly where family motoring is concerned.

And the new C5 Aircross is the latest model to follow in the French car maker's tradition, with eye catching styling and a ride that's hard to beat.

With its distinctive clamshell-style bonnet with oversized twin chrome chevrons, a tall upright stance and generous ground clearance the C5 Aircross is definitely an SUV with a difference.

Take a look inside and you'll soon spot a few differences there too. The traditional rear seat, for example, is replaced by three individual seats which can move independently of each other and each has an adjustable back rests.

In the front there's a high transmission tunnel which makes for easy gear changes and a tactile dashboard which is dominated by a centre-set eight-inch touch screen as well as a large digital speedometer immediately in front of the driver.

And virtual dials mean you can change their appearance to have more or less information in front of you.

If it's space you're looking for the Aircross has it in spades, with plenty of leg room to allow everyone to stretch their legs and plenty of head room thanks to the height of the car.

And beneath the powered tailgate, standard on higher spec models, there's space for 720 litres of luggage with the rear seatbacks upright and a whopping 1,630 litres with them folded down.

There's also a lot of useful storage space inside too with a deep, twin lid centre console - allowing you to rest your arm so the gearshift is just a hand span away - as well as a glove box.

But one of the main attributes of the Aircross is its comfortable ride, thanks to a unique Citroen suspension system and special seats.

The suspension system softens the ride by adding hydraulic rather than solid stops to the shock absorbers to give a cushioning affect as the car hits potholes and bumps in the road.

Add to that Citroen's advanced comfort seats with an additional 15mm of foam that you sink into and you have, not quite a magic carpet ride but certainly one that allows you to cope much better with the poor state of Britain's highways.

There is some body roll, which is inevitable but it's all well controlled and the extra comfort means long journeys are much more relaxed and you get out with far less need to stretch aching muscles. This is also a car which is well put together and the doors close with the gentlest of touches.

The C5 Aircross is a large SUV so you might think a 1,200cc, three cylinder engine might be a little underpowered for it but it proved just the opposite.

Under normal driving conditions this engine never felt lacking and when wound it up pushed the Aircross along at an impressively brisk pace with a nice sporting note for good measure.

Standard features on this model include satellite navigation, 19-inch alloy wheels, voice recognition, front and rear parking sensors, a reversing camera with multiple views - including an overhead one - and a lane control system. 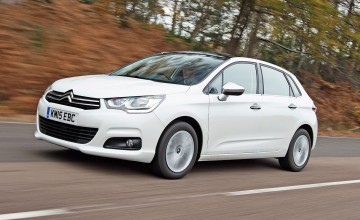 GETTING into the rear seats of any two or three door car is never elegant and...

I'VE always wanted to own a flying carpet - and Citroen's new C5 may be the... 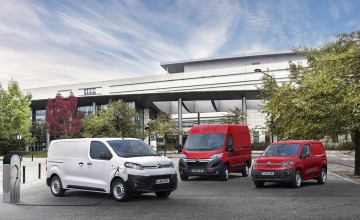 All electric charge for Citroen vans

CITROEN has announced plans to make all of its vans electric within the next...