By Ian Donaldson on 2019-09-08 - Ian estimates he has driven more than 6,000 cars (so far) in a road testing career that's taken him around the world. He has spent several years as a full-time staff motoring editor and is now a busy freelance journalist

SOME people spend hours online specifying precisely what they want fitted to their new car. Especially if it's an expensive buy, that's all part of the fun.

But away from 'shall we have the softest leather and the drinks cabinet in the back?' sort of question, there are still choices to be made lower down the automotive food chain.

Take the crisply angled Ibiza hatchback from SEAT, the Spanish arm of the giant VW Group charged with giving everyday motoring a hint of something sporty.

Choose yours in FR trim and it will look poised for action with its 17in alloy wheels, chunky bumpers, dark tinted rear windows and black painted door mirrors.

There are even a couple of fake exhaust pipes (the real one is hidden) to add a sporty edge, along with stiffer suspension and more huggy than normal front seats.

All of which comes as standard in an FR range that starts at £17,400 for a car fitted with a decidedly unsporty version of SEAT's 1.0-litre engine, putting out a modest 80 horsepower.

Much better to spend a little more (£17,610) for a more powerful, 95hp version that provided pleasantly punchy performance over a week of mixed used - and showed an encouraging 51.9mpg overall at close of play.

You can pay as little as £15,500 for your new Ibiza or as much as £21,650, an upper figure which still doesn't sound expensive when compared to a lot of what passes as family transport these days.

Pick the Ibiza in FR guise and you may be pleasantly surprised at what comes as standard for not much money. Highlights include cruise control, satellite navigation, full LED headlights and air conditioning (which struggled on a mildly warm summer's day in the test car).

So, very much more than basic transport, you'll agree. Feels much more engaging than merely basic on the road, too, where the thrum of its three-cylinder powerplant adds a sporty edge to proceedings.

Deliciously smooth steering and five-speed gearchange hint at hours spent honing the oily parts, although you might find the FR's firmer springs a bit hard on our awful roads.

There's a solid, if plasticy feel, to the Ibiza's cockpit but it's a stress-free place to pass the miles. An interior light that refused to turn off was a mere glitch, I'm sure.

But back to the beginning; is there anything you'd add to an already generous spec to make your new SEAT still more to your liking?

The answer will be yes if you're used to cars that help you reverse into a parking space with peepers and/or a camera view of what's behind. A modest £225 will provide rear parking sensors, and relief all round. 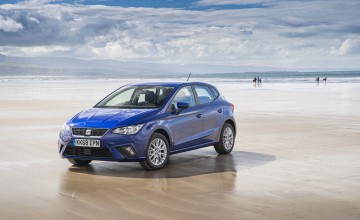 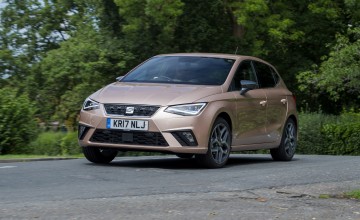