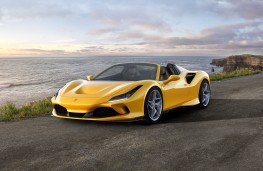 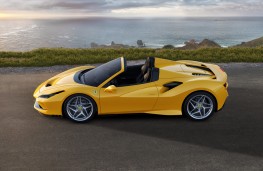 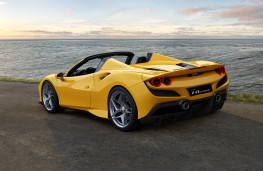 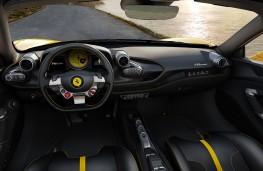 FERRARI has unveiled the F8 Spider, the new generation drop-top sports car equipped with the most successful mid-rear-mounted V8 in history.

The Ferrari F8 Spider was designed in parallel with the F8 Tributo berlinetta and features the Prancing Horse's compact and retractable hard top, which takes just 14 seconds to deploy or retract and can be closed or opened while the car is on the move up to 30mph.

The F8 Spider is the latest addition to an exclusive bloodline of open-top V8 cars begun with the 308 GTS in 1977. It is less extreme than the 488 Pista Spider, but sportier than the 488 Spider which it replaces in the range.

Consequently, the F8 Spider sets a new benchmark for the ‘en plein air' sports car in terms of usable performance and handling.

The engine is a development of the V8 that won the International Engine of the Year Award for four consecutive years and that was also selected as the best engine of the last two decades.

The F8 Spider's greatest achievement is the fact that it unleashes its power instantaneously with zero turbo lag, while retaining the V8's very special soundtrack.

The F8 Spider replaces the 488 Spider and improves on all aspects of its specifications - aside from the fact that its engine delivers an extra 49hp, the new Ferrari is 20kg lighter than its predecessor. It weighs just 20kg more than the more extreme 488 Pista Spider.