By Mike Torpey on 2019-09-28 - Driving Force news editor and responsible for organising our daily output. He was staff motoring editor of the Liverpool Echo for 20 years. 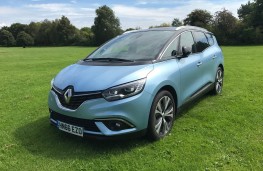 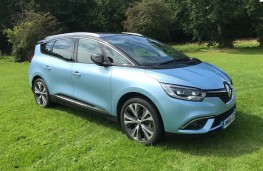 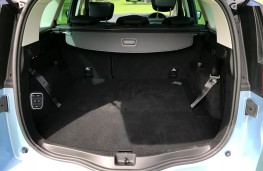 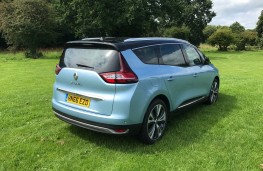 A CAR described has having sexy looks and seven seats may sound a tad contradictory.

The two don't generally sit well together, having that extra third row of passengers suggesting you're almost certainly travelling aboard a people carrier, or at the very least a family-friendly SUV.

But in the Grand Scenic, Renault has a model that's not only proved itself a resounding success over the past 22 years but one that's now a real eye-catcher.

Originally known as the Renault Megane Scenic due to being mechanically identical to the French brand's popular hatchback, its maker soon expanded the range to offer seven seats - and the Grand Scenic was born.

These days the Grand is bigger again, smart looking, well specced up as standard and a great fun car as well as a practical one.

With space being the final frontier for MPVs, there's loads of room inside the cabin, where adequate room up front is a given.

Move to the rear and there's plenty of scope to stretch the old legs out thanks to individual rear seats that slide forward and back.

The third row is realistically only for kids, but should you need to quickly fold everything flat for some serious clobber carrying, a push on some buttons in the boot completes that job in a split second.

The resulting space is sufficient to shift a shedload of gear, including long flatpacks, the official capacity totalling 1,737 litres.

That's in addition to smart features like a sliding central box, airline-style trays on the front seatbacks, various cup holders, four cubbies in the floor and a dash that's dominated by a portrait touchscreen.

Beneath the bonnet is a range of petrol and diesel engines that include our tested version's TCe 140, a 1.3-litre normally aspirated unit that offers a surprising amount of punch - both around town and out on faster roads and motorways.

Even with five people aboard we managed to return an average 39 miles per gallon, compared to the official figure of 45.6mpg, over 220 miles of mixed motoring.

Something that really makes the Grand Scenic stand out is the use of 20-inch wheels on all models.

They're huge and immediately give rise to concern that the ride might suffer as a result.

That's not the case though - the sidewalls are big, the rolling resistance is low and, combined with a soft suspension, it ensures a smooth enough ride quality.

All versions of the Grand are well kitted out as standard and all come with automatic emergency braking plus a maximum five-star Euro NCAP safety rating.