Jeep pushes on with 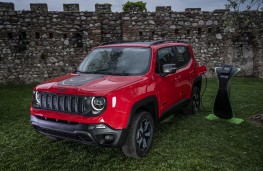 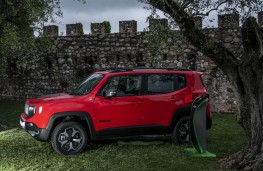 JEEP will introduce its first plug-in hybrid model in the UK in the second half of next year but the system looks to set only be in the Renegade and not in the Compass like in other European markets.

Both electric powered models are currently undergoing final evaluation and testing at FCA's new hugely reinvested Melfi plant in southern Italy where UK bound Renegades are to be made.

The Compass is produced in India.

"At present the Renegade plug-in hybrid is expected to be available in the UK in the second half of 2020 but because our Compass models are made in another factory in India where no hybrids are planned to be made no final decision has been taken as to whether it will come here," said a FCA UK spokesman.

"Obviously the Melfi plant will make all the plug-ins for both models in left-hand-drive mode from the early part of 2020 but in the UK will have to wait to see whether we get just the Renegade or also the Compass."

When the Renegade hybrid does arrive here it will be powered by a 1.3-litre turbocharged four-cylinder petrol engine at the front and an electric motor at the back and is expected to offer a choice of two power outputs - 190 and 237bhp.

Tests already carried out at the Melfi factory - opened 25 years old this year when it solely made the Fiat Punto - show the new plug-in Renegade to achieve 0 to 62mph in seven seconds, CO2 emissions of around 50g/km and able to drive around 31 miles on pure electric power.

Parent company FCA, which includes both Fiat and Alfa Romeo, aims to introduce 10 plug-in hybrids and four all electric models across its portfolio by 2022.

As for how much the UK-bound Renegade plug-in hybrid will cost the spokesman said it was far too early to speculate prices. 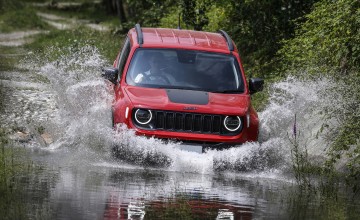