By Peter Keenan on 2019-10-26 - Peter has been with the Birmingham Post & Mail since 1990 and took on the role as motoring correspondent in 2007. He has been part of the Driving Force team for more than 10 years and his reviews are used nationwide by Trinity Mirror publications. 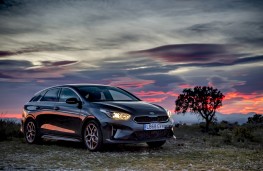 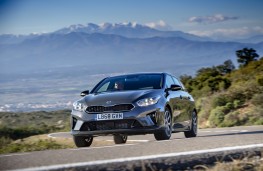 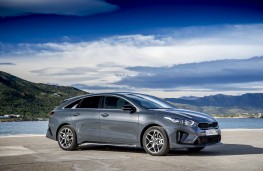 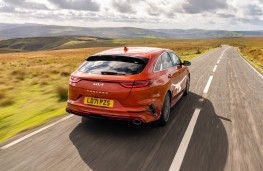 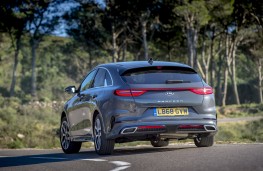 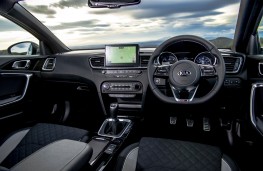 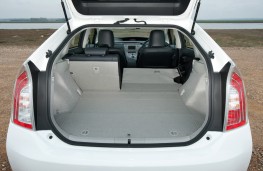 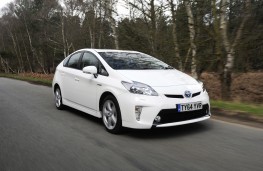 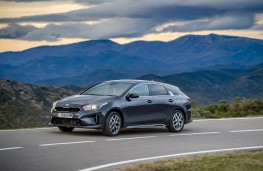 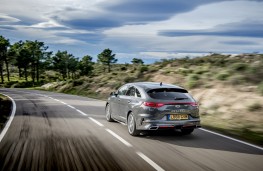 WITH daring design and engineering the ProCeed is looking to break new ground for Kia by offering the room and practicality of a tourer in a five-door shooting brake bodystyle.

The ProCeed GT is lower and longer than its Ceed estate sibling while retaining a sporty profile thanks to coupe good looks with swooping curves and a hunkered down silhouette.

The swept-back design, combined with the ProCeed's versatility is particularly aimed at couples or young families who want storage space and comfort in a cool package that has a bit of road presence about it.

The ProCeed satisfies this need with an exterior that is pleasing to the eye thanks to natty LED lighting as well as front and rear bumpers providing more drama than Netflix.

There's a good looking honeycomb design front grille with red highlights which also make an appearance on the 18-inch alloy wheel centres and on the sills. The rear window is angled at 64.2 degrees to give it the required coupe-like styling.

The 1.6-litre turbocharged petrol engine in the GT backs up the sporty good looks with punchy performance stats that see 60mph achieved from a standing start in a shade over seven seconds on the way to a top speed of 140mph.

The 201bhp unit has a willing ally in the shape of a smooth seven-speed automatic transmission that offers fairly seamless gear changes.

There are also paddle shifters for manual control and a multi-mode drive programme, which includes a sport setting, ensuring happy times behind the wheel as well as allowing this car to live up to its GT branding.

The suspension is stiffened to cope with the power so the handling is razor sharp and the grip plentiful - particularly when taking tight bends - but there is no threat to your fillings as the ride is comfortable despite being firm.

Kia's official fuel economy figure for the ProCeed GT is 39.3mpg which in the real world equated to around 30mpg during my time with the car. This took in a range of different settings from the urban jungle to country lanes and motorways. Emissions are rated at 142g/km.

The Slovakian-built five-door GT will clinch the deal for many potential buyers by combining the sporty traits of the exterior and engine with a cabin boasting a dash of practicality.

The ProCeed GT offers a 594-litre boot which is split-level with handy storage compartments hidden beneath the floor. There are plenty of cubby holes and cup holders for a family's odds and sods. The rear seats split 60:40 - handy when you want to transport your golf clubs.

The GT copes easily with five adults - although the coupe design will impose on the headroom of taller adults in the rear - with a fully adjustable driving position ensuring a comfortable spot can be found behind the wheel.

An eight-inch touchscreen is mounted on the centre of the facia providing access to the sat nav and audio system as well as providing the display for the reversing camera with handy guidelines so you don't hit anything.

Kia don't hold back on the gadgets so the ProCeed GT is festooned with all the kit you can think of - and probably a few you can't. Full smartphone connectivity is assured and there is wireless charging for your mobile. 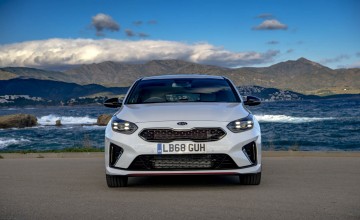 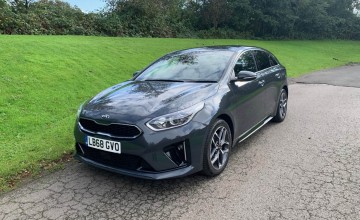 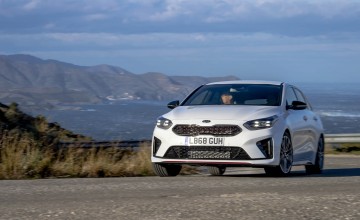