By Chris Russon on 2019-11-18 - The driving force behind Eurekar. Chris heads up a team of motoring correspondents under the Driving Force banner. Prior to Driving Force becoming independent in 2010 he was Chief Motoring Editor for Trinity Mirror Regional newspapers. Chris has been writing about cars for almost 40 years. 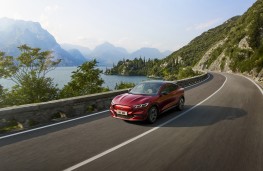 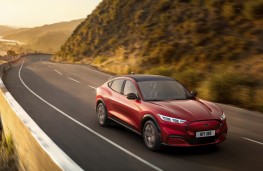 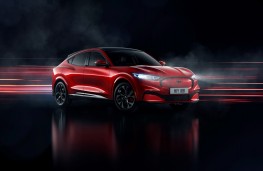 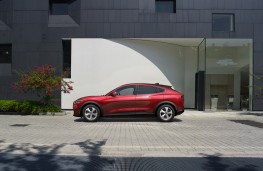 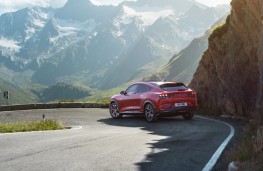 THE wraps have come off Ford's first all-electric SUV - the Mustang Mach-E - which will be on the road later next year and a rival to the likes of the Jaguar I-PACE.

With a range of more than 370 miles and a 0 to 60 acceleration time of less than five seconds, the Mustang Mach-E has a powertrain that develops an estimated 465ps.

With peak charging power of 150 kW, the Mustang Mach-E with an extended-range battery and rear-wheel drive can add driving range of up to 57 miles within 10minutes of charge time on a DC fast-charging station.

The standard-range Mustang MachâE which has a 75.7 kWh lithium-ion battery is estimated to charge from 10 per cent to 80 per cent in approximately 38minutes while charging on a fast charger.

The longer range model has a 98.9 kWh battery pack and Ford says it will also offer a special performance version, the Mustang Mach-E GT which is the verion targeting 0-62mph acceleration in less than five seconds, as well as an estimated 465ps of power and 830Nm of torque.

The other versions will have 0 to 60 times or around seven seconds and all models will have a restricted top speed of 111mph.

"The Mustang Mach-E is one of the most exciting vehicles Ford has ever introduced," said Stuart Rowley, president, Ford of Europe. "This purpose-built all-electric vehicle is unique, but still unmistakably a Mustang, and it's coming at exactly the right time for customers in Europe."

The electric SUV shares some of its style with the legendary Mustang muscle machine and has a long bonnet, pronounced rear haunches and the model's trademark tri-bar taillamps.

As an SUV it is a five-seater and comes with a 402 litre boot extending to 1,402 litres with the rear seats folded. A further 100 litres of space is available under the bonnet in a waterproof compartment.

The Mach-E is all-wheel-drive and the power system is fitted with three drive modes - which Ford is calling Whisper, Engage and Unbridled - with each offering different driving experiences and control set ups.

Performance models will be available with Brembo's all-new performance Flexira aluminium callipers, which maintain the functionality of a fixed calliper while being designed with the dimensions of a floating calliper while the Mustang Mach-E GT is also equipped with Ford's MagneRide damping system, an adaptive suspension system to embellish the ride.

Technology features include entry and start via a smartphone with a keypad backup on the door pillar and the Mach-E will also see the introduction of Ford's next-generation SYNC system with a 15.5-inch portrati-style screen and a simpler interface that does away with complicated menus, making it easier to access features with touch, swipe and pinch controls.

"The Mustang Mach-E is the start of a new era for Ford and we could not be more excited to bring it to our customers in Europe," added Mr Rowley. "This all-new vehicle represents so much more than just zero-emission driving: it's about stress-free experiences and total peace-of-mind for all-electric vehicle owners."

The car will be built in Mexico and sold exclusively online with first deliveries slated towards the end of 2020. Prices are expected to start in the region of £40,000 with the range topping out at around £60,000.