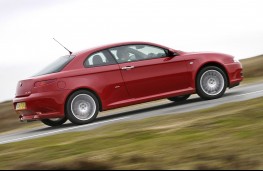 THE Alfa Romeo GT has gorgeous coupe looks and is great to drive, yet it's also surprisingly practical, with good interior space and seats for four adults.

Production finished in 2010, so all the cars left running are already getting a little long in the tooth.

But this one is a proper, sporting Alfa in almost every way, which could see models in the best condition achieve classic status quite quickly.

In this era, Alfas were not noted for their reliability, but the GT bucked the trend, gaining a good reputation among owners.

It was available with three petrol engines and a single diesel, and all are smooth and powerful. The petrols start with a 1.8 that had 140bhp and is capable of zero to 62 miles an hour in a decent 10.5 seconds, while averaging 33 miles per gallon economy in the official figures.

Next comes the better known 2.0-litre JTS unit also used in other models, which produces 165bhp and gives acceleration to 62 in a creditable 8.6 seconds. Economy here is around 32mpg.

Range topping models are fitted with a barnstorming 3.2-litre V6 that has a marvellous soundtrack and a heady 240bhp. The 62 miles an hour sprint takes a very quick 6.5 seconds, but you pay for it at the pumps, where the average is likely to be under 20mpg.

Finally comes the 1.9 JTDm diesel, which boasts 150bhp. That's enough to give a 62 sprint of 9.5 seconds and of course, economy is the best of the lot at about 44mpg.

I love the smooth and tuneful 2.0-litre petrol, and the V6 is a marvellous sounding powerhouse with stonking performance from any speed.

But it's worth noting that for anyone who has been used to later turbocharged cars, these are all non-turbos, and therefore all the petrol models have to be pushed up the rev range for best performance.

Drive is to the front wheels through a standard six speed gearbox with a great change. But as I remember, the clutch is quite heavy and needs a stronger left leg than most! That said, many models were also available with a smooth changing six speed automatic.

The ride is comfortable over most surfaces and the roadholding and handling are brilliant - in the excellent tradition of Alfas down the years. But the steering is sadly a little inert, not giving much back in the way of road feel.

Other slight downsides are the poor turning circle, which makes parking difficult at times, and poor rearward vision with quite large blind spots.

Those things aside, this is a car with loads of charisma both inside and out. It looks fast from every angle - even when standing still - and inside, it's pure Alfa, with comfortable mostly leather seats, and a marvellous dash layout with all the information any driver could want.

Move up to Cloverleaf models and you get parking sensors, audio remote, heated mirrors and sports seats.

SO many of today's superminis follow the same shape they all seem to meld into... 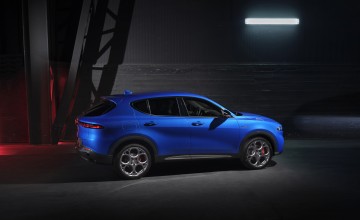 ALFA Romeo is entering the compact SUV market with a new model called the...