By Chris Russon on 2019-12-16 - The driving force behind Eurekar. Chris heads up a team of motoring correspondents under the Driving Force banner. Prior to Driving Force becoming independent in 2010 he was Chief Motoring Editor for Trinity Mirror Regional newspapers. Chris has been writing about cars for almost 40 years. 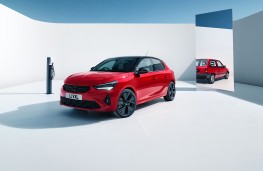 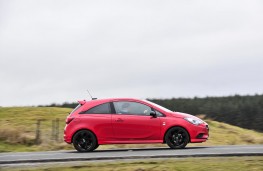 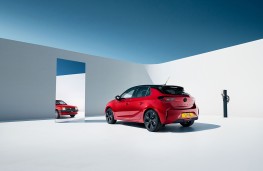 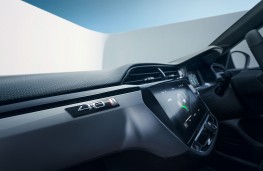 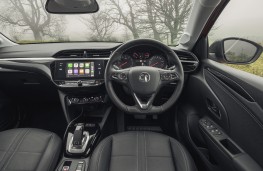 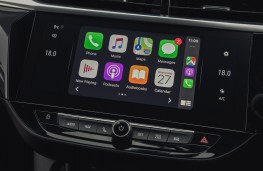 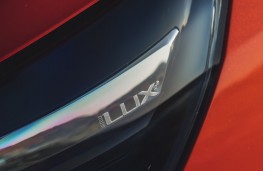 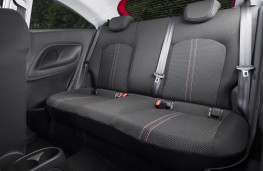 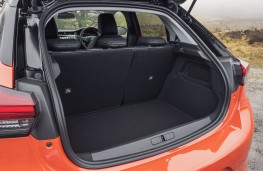 THE Corsa name has been around for the best part of 30 years and now the fifth generation of Vauxhall's top seller is about to hit the scene.

It's one of the best loved cars in Britain and since it first appeared back in 1993 the Corsa has notched up more than two million UK sales.

That trend looks set to continue when the new model arrives in January and it comes with a host of benefits from Vauxhall's new parents PSA - the French company behind Peugeot and Citroen.

The new Corsa shares the same underpinnings with the latest Peugeot 208 and like its French counterpart will be available with both conventional and electric powertrains.

The electric Corsa will be coming on stream in April and for the time being the Spanish-built new supermini will be sold with a choice of two petrol engines and a single diesel.

All are tried and tested PSA powertrains and we have just tried out three variants - 1.2-litre turbo petrols with both manual and automatic transmissions and the 1.5 diesel - and there's not a duffer in the pack.

The new Corsa looks the part as a modern hatch, is almost two inches lower and a fraction narrower than the previous model but its squatter demeanour is set off with handsome body cuts and some sporty design.

Prices start from £15,550 and top out at £25,990 and while that is a significant rise over the previous version the new one is five door only, comes with much more kit. In the new supermini league it is right on the money.

Ultra bright LED headlamps are standard across the range - top grade Corsas get matrix versions which are totally automatic and dazzle free - while every version has a comprehensive list of safety kit and the engines are state of the art when it comes to emissions.

In fact the ‘dirtiest' powertrain - the eight-speed auto mated to the 1.2-litre petrol - has a CO2 output of just 99g/km which is a huge improvement over the 128g/km at best of the previous model.

All round, the new Corsa is a quantum leap for Vauxhall and despite its dimensions is actually roomier inside. Boot space is increased as well to 309 litres, topping out a 1,118.

A tyre repair kit is regular fit and a spacesaver spare is a £110 extra but that will take out some additional room below the boot floor.

Inside, the new Corsa is smart and contemporary, well trimmed and all models can be fitted with sat nav with prices starting from £16,290.

Full smartphone compatibility with Apple CarPlay and Android Auto is standard on every version, with seven-inch display screens on SE and SRi grades and ten-inch touch screens on higher grade Elite Nav and Ultimate models.

On the road the new Corsa has splendid manners. A positive feel to the steering makes it quite sporty to handle while all but the diesel - back in the line up after being dropped from the previous range - were lively and brisk through the gears.

The diesel, with 102ps on tap, felt quite sluggish at lower revs but its fuel economy was exceptional, rated at 70.6mpg under the new WLTP regime with emissions of 85g/km.

We averaged 68.8 to the gallon in the diesel and that was far ahead of the 39.2mpg we saw from the 1.2-litre petrol manual and the 36.3 from the automatic.

Officially those are rated at 52.3mpg (96g/km) and 48.7 (99g/km) for the auto which was smooth and accomplished in operation and gave the Corsa a ‘big car' feel.

While the diesel had to be worked to get near its 9.6 seconds 0 to 60 time, once moving it held its own and officially has a top speed of 117mph.

And to cover all bases Vauxhall is playing clever by including upgraded trim options which not only add sat nav but also heated front seats and a heated steering wheel.

Those are priced from £17,070 and as such the new Corsa is about as good as it gets.

The zero emission electric Corsa-e, with a range of around 200 miles on a single charge, will be the flagship and costs from £27,165 after the Government grant for low emission vehicles.

In terms of popularity, the new model is that good it could just tip the scales in Vauxhall's favour putting it at the top of the tree in the UK ahead of the Ford Fiesta - and that's some achievement.