By Lee Gibson on 2020-01-12 - A journalist with nearly 30 years of experience on some of the biggest regional newspapers in England and Wales including the Birmingham Mail, Express & Star, Western Mail, the Sunday Mercury and Wales on Sunday. He currently edits the Sunday Mercury motoring pages as well as contributing to Eurekar. 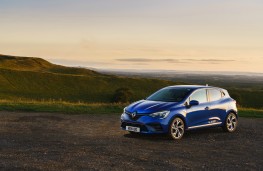 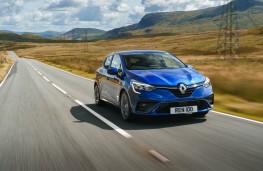 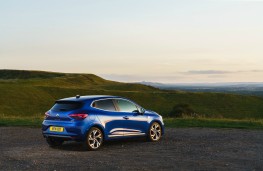 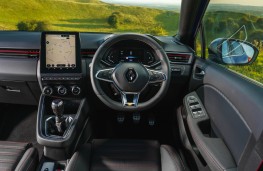 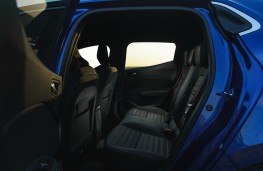 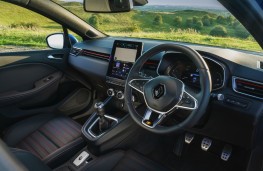 WITH 30 years of Va Va Voom under its belt the Clio has been a huge global hit for Renault.

More than 15 million have been shifted worldwide, making it the biggest selling French car of all time, and it tops the European sales charts for superminis, impressively outselling the Volkswagen Polo and Vauxhall - Opel on the continent - Corsa.

It's fair to say, then, that the new fifth-generation model is a crucial one for the brand and has some impressive tyre tracks to follow.

Sensibly, given the attractive styling of the outgoing Mark IV version, Renault hasn't messed around too much with the design though - instead reserving the big changes for a much-improved and slightly roomier interior.

Four trim levels - Play, Iconic, S Edition and RS Line - are available while a line-up of five engines includes one diesel option and will be joined in early 2020 by the E-TECH full hybrid powertrain, a first for the Clio, which mates a 1.6-litre petrol engine with a pair of electric motors.

Our RS Line car was powered by the most powerful unit currently available in the range though - a 1.3-litre petrol unit generating 130ps and 240Nm of torque, which comes mated exclusively with a seven-speed double-clutch automatic gearbox.

It proves a perky and responsive little engine which works well with the efficient and unobtrusive gearbox to offer a lively and engaging driving experience that is very much in keeping with the extra sporty design trappings that RS Line cars get.

Add to that the accurate steering, which weights up nicely at speed, and some nimble and agile handling and you've got a car which allows the driver to have a bit of fun on the open road but is well-mannered and easy to manoeuvre around town too.

Body roll is well-controlled when pushing on through faster bends and although the ride is a little firm to facilitate this it stays on the right side of comfortable for the most part - even riding on the larger 17-inch alloys of this top-spec version.

Despite being shorter and lower than its predecessor, which also contributes to its dynamic abilities, the new Clio is slightly wider and that, combined with some clever internal packaging, means that it is actually more roomy on the inside.

Four adults will travel comfortably, with those in the back feeling less cramped for headroom than is the norm in many rival superminis, while, at 391 litres, the boot is the largest in class and increases to a whopping 1,069 litres with the 60/40 split rear seats folded down.

It is in the quality of the interior fixtures and fittings and equipment levels, however, that the fifth-generation Clio has made the biggest strides forward.

A clean, modern, minimalist dashboard replaces the previous cluttered and confused one and tactile, textured, soft-touch surfaces are found where in the past there would have been much cheaper looking scratchy plastics.

The effect is to create an upmarket feel which makes this supermini a much more pleasant place to be, even on longer journeys.

Our flagship car also boasted a larger, 9.3-inch portrait style touchscreen, a digital instrument cluster display, automatic lights and wipers and a reversing camera - although all that does tip the price over the £20,000 mark when paired with the most powerful engine too.