By Mike Torpey on 2020-02-02 - Driving Force news editor and responsible for organising our daily output. He was staff motoring editor of the Liverpool Echo for 20 years. 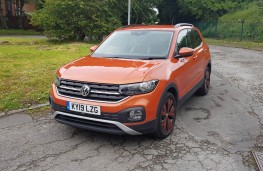 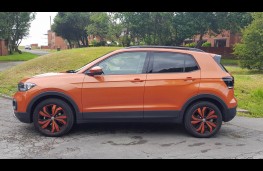 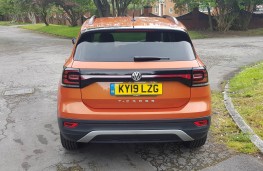 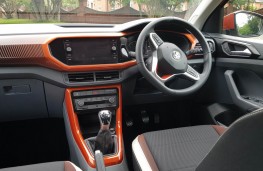 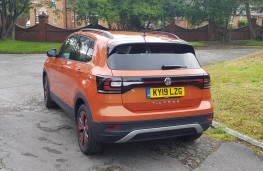 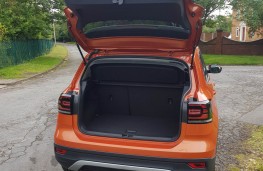 IT may be the smallest model in Volkswagen's SUV line-up, but the new T-Cross represents a seriously big deal.

Independent forecasts are predicting the number of cars dubbed Crossover Utility Vehicles - or CUVs - to double worldwide in the next eight years in the small car area of the market.

And by the end of this year Volkswagen expects to have invested one billion euros in the Pamplona plant in Spain where the T-Cross is built.

This car may be VW's first foray into the compact SUV scene but it's anything but small, even if it is based on the Polo supermini.

But where the T-Cross differs from the other Volkswagen SUVs - the Tiguan, T-Roc, Tiguan Allspace and Touareg - is in its target habitat.

This is a car being aimed boldly at urban rather than rural drivers, and fulfils that brief perfectly.

Smartly styled for younger motorists with its funky design and striking accessories, it is a vehicle that families will also appreciate thanks to its clever accommodation and value for money.

Prices start at £16,995 for a 1.0-litre three cylinder petrol version developing 95ps with a five-speed manual transmission, though our tested variant came with the more powerful 115ps unit and six-speed gearbox.

For those still keen on diesel power, a new 1.6-litre TDI powerplant has just been added to the range.

With families in mind the T-Cross has a high seating position for better visibility and while five can travel in comfort, there's a sliding rear seat that allows boot capacity to extend from 385 litres to a class leading 455 litres.

Folding down the rear seats opens up more than 1,200 litres of space, but if that's still not sufficient there are the usual door bins, cup holders, cubbies, central storage and a glovebox.

There is no danger of the cabin looking in any way dull thanks to shiny coloured trim around the gearshift area and dash, which comes complete with an eye-catching striped finish.

Networking and connectivity is also well catered for - smartphones can be charged inductively and there are up to four USB ports - two front and two for the rear seat passengers.

Out on the road the T-Cross is sweet to drive and nimble to manoeuvre, while performance is adequate rather than lively.

That said, this is a car with seriously frugal fuel consumption, our own average return of 48 miles per gallon over 220 miles of mixed driving actually exceeding the official urban figure of 48.7mpg. 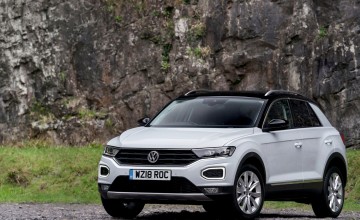 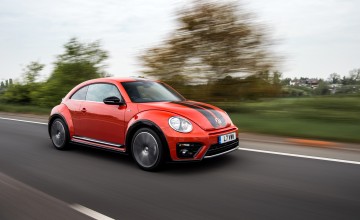