By Peter Hayward on 2020-02-04 - Peter has been writing about cars for more than 35 years producing road tests, second hand car tests, features on new and classic models, road safety and manufacturing. Has been a contributor to Auto Express, Classic Cars, Classic Car Weekly, Candis magazine and Japanese Motoring.

THE last BMW 5 Series built between 2010 and 2017 was a huge step forward in terms of technology and luxury.

Apart from the ridiculously quick M5, all are superbly refined and reading room hushed so that long journeys can be accomplished with a minimum of fatigue.

Despite having marvellous handling that makes what is quite a big car feel much smaller and, on models without sports suspension, the ride is also up there with the best of limousines.

Add a spacious cabin with acres of space for four and you have a marvellous all rounder.

Bear in mind though when buying one secondhand that, whichever of the vast array of models you go for, it must have full service history - and check the paperwork to make sure.

Walk away from any that don't have it.

Also insurance costs are high, so make sure you can afford it before you buy.

This model was the sixth incarnation of the 5 and it came with start stop as standard and. where fitted, an eight-speed automatic gearbox.

Do your research before going out looking for one. There are five different engine options with a choice of 12 power outputs and six levels of trim, with varying amounts of standard equipment.

Probably 85 per cent of cars on the secondhand market started out as company cars and so the vast majority are 2.0 or 3.0-litre diesels because of their lower emissions and excellent economy.

But many of them are also fitted with the sports suspension and owners say it really does adversely affect the ride.

Standard suspension comfort is truly excellent and the road holding is also right at the top of the tree. Why spoil something that is so good?

The 3.0-litre six cylinder diesels are incredibly quick in the mid-range and have either 254 or 313bhp on tap. The higher powered take the 60mph sprint in a tarmac stripping 5.3 seconds and the 254bhp model is only half a second behind.

Both are rated at about 52 miles per gallon.

The 2.0-litre petrol engine produces between 180 and 240bhp, with a best economy of 47mpg and a quickest sprint time of 6.1 seconds.

Finally the range topping 440i is a V8 stormer with 0 to 60mph in 4.5 seconds, but only 27mpg in the government figures, which will probably mean 20-22mpg on the road.

Some smaller engine models will have manual six-speed gearboxes, but most will come with the excellent eight-speed automatic, which actually suits the car better in my opinion.

Best buys are the 2.0 and 3.0-litre diesels, but they are more expensive and will probably come with higher mileage.

If you don't do too many miles, a petrol engined 5 will cost you little more to run and will be a lot cheaper to buy in the first place.

All are beautifully put together and can stand long mileages without problem, but check seats and door panels for damage. Most have all the electrics and aircon and many will have leather and electric seats.

As well as the saloon, there is the Touring estate, and the odd-looking GT, which has a higher ride height and a fastback five door body.

Saloon specs include SE, M Sport, Luxury and Modern. SE level would be enough for most people, as it comes as standard with alarm, alloys, audio remote controls, cruise, heated leather seats with electric adjust for the driver, parking sensors, stability control and traction control. 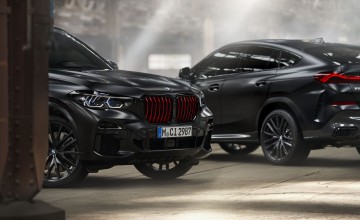