By David Whinyates on 2020-02-13 - David is one of the UK’s most experienced motoring writers and was instrumental in setting up the Driving Force syndication service for Britain’s biggest regional newspaper group. Former Chief Motoring Editor of Trinity Mirror Regionals, he is Driving Force’s Consultant Motoring Editor and a director of Driving Force Media Ltd.

VOLKSWAGEN is offering Polo buyers something for almost nothing in the shape of a new trim level.

If that lot was specified as optional add-ons on the Polo SE they would have cost £980 but with prices from £16,465, the new Match variants are only £200 dearer, representing a £785 value boost over the outgoing model.

Engine and gearbox configurations remain the same as before with a choice of 80 or 95PS, one-litre, three-cylinder petrol units mated to a five speed manual transmission with the option of a seven-speed DSG auto on the higher-powered model. 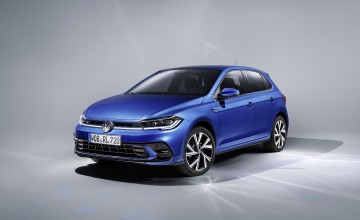