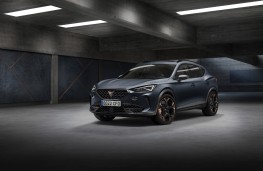 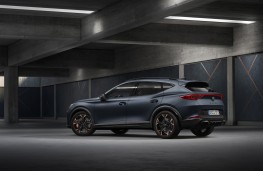 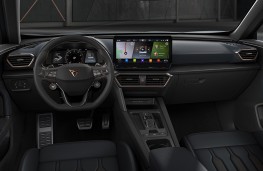 CUPRA has unveiled the Formentor, the first model developed exclusively for the brand since its creation as the performance arm of Spanish car company SEAT.

The high-performance coupe crossover is said to combine the benefits of a performance car with the qualities of an SUV.

"The CUPRA Formentor is destined to make CUPRA an even more relevant brand in the market. With captivating design and high-performance powertrains, including a plug-in hybrid, the CUPRA Formentor will be a big step for CUPRA. It will clearly show the potential of the brand," said CUPRA chairman and CEO, Wayne Griffiths.

With bucket seats mounted low in the cabin to maximise space the dashboard appears to float, an impression created by horizontal full-LED wraparound ambient lighting which runs the width of the dashboard and in both front doors.

The light strip is not purely cosmetic and includes safety functions, flashing yellow when blind spot detection or the car's exit assist systems are activated.

The centrepiece of the dashboard is a 12-inch touchscreen and the Formentor also has a fully-customisable digital binnacle.

The CUPRA Formentor will be available with two high-performance powertrains - a 2.0-litre TSI turbocharged petrol engine with 4Drive (4WD) developing 310ps and a 245ps plug-in hybrid which uses a 1.4-litre petrol engine and an 85kW electric motor.

Both powertrains are mated to a seven-speed DSG dual-clutch transmission with paddle shifters.

CUPRA says deliveries of the new Formentor are slated to start towards the end of the year with full performance details and prices still to be announced. 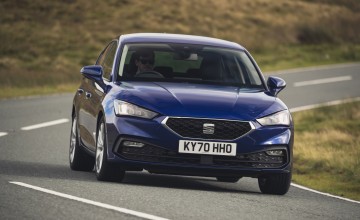 SOMETIMES its the little things the grab your attention when driving a new...