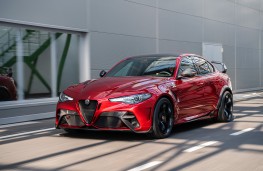 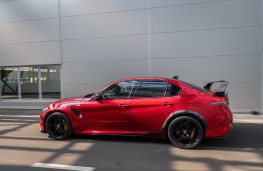 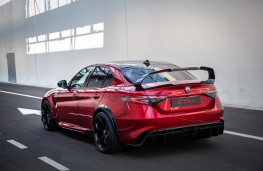 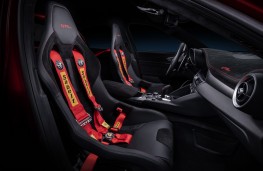 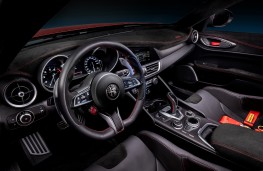 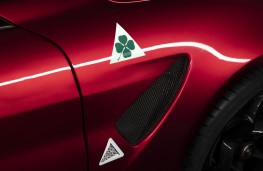 A LEGEND from the Alfa Romeo stable is making a comeback with the release of a special edition of the Giulia performance saloon in GTA guise.

Harking back to the original Gran Turismo Alleggerita which was developed by Autodelta and based on the Giulia Sprint GT in 1965, just 500 examples of the new model will be produced.

The new GTA is based on the Giulia Quadrifoglio and is fitted with a more powerful version of the Alfa Romeo 2.9-litre V6 Bi-Turbo engine with 540hp.

It tips the scales some 100kg lighter than the standard Quadrifoglio and as such has a best in class power to weight ration of 2.82kg per horsepower.

A track ready GTAm variant will also be available which comes with two racing seats, roll-bar and six-point seat belts.

The car's active aerodynamics come directly from Formula 1, thanks to Alfa's relationship with the Sauber Engineering team and the use of the Sauber Aerokit which also impact on the GTA's side skirts, rear spoiler and the active front splitter.

Alfa says the GTA's high speed handling has been improved by widening the front and rear wheel tracks by 50mm and by developing a new set of springs, shock absorbers and bushings for the suspension systems.

On the GTAm, the aerodynamic front has been optimised by adding a larger front splitter and a real carbon-fibre rear wing.

In terms of performance, the Alfa Romeo 2.9-litre V6 Bi-Turbo engine - made entirely of aluminium and capable of unleashing no less than 510hp in the standard configuration - reaches an output of 540hp in the Giulia GTA and the exhaust system gives the car a distinctive sound.

An Alcantara trimmed dashboard, door panels, glove compartment, side pillars and the central trim on the seats, characterise the interior while on the GTAm there is even more use of Alcantara where the rear bench has been removed, leaving room for a fully upholstered ‘basin', with specific mouldings designed to hold helmets and a fire extinguisher.

The interior of the GTAm, also features a roll-bar, no door panels or rear seats and the door is opened with a belt in place of the handle, another touch from the world of motor racing.

With its launch control system the Giulia GTAm is capable of accelerating from zero to 62mph in 3.6 seconds and is fully road legal making it an everyday supercar.

All versions will be individually numbered to enhance their exclusivity and Alfa is offering all owners a special Bell racing helmet in GTA livery, a racing suit by Alpinestars and a personalised Goodwool car coverCustomers can also take part in a specific driving course devised by the Alfa Romeo Driving Academy.

The special models are being produced to mark Alfa's 110 anniversary on June 24. Prices are still to be announced. 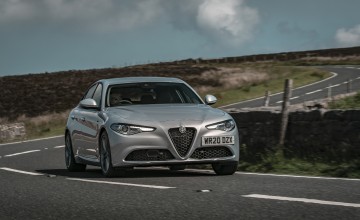 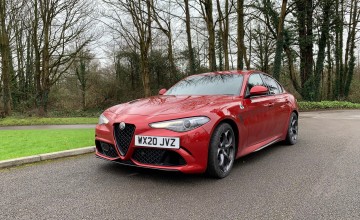