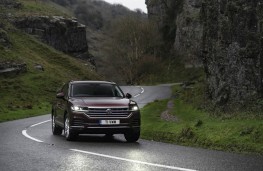 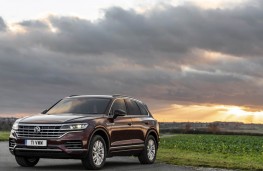 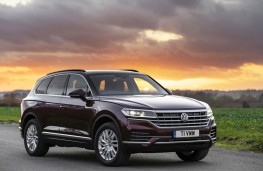 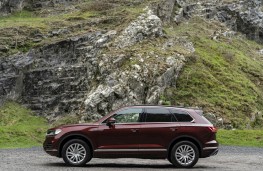 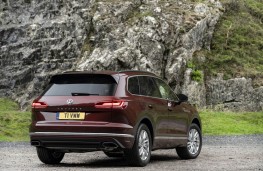 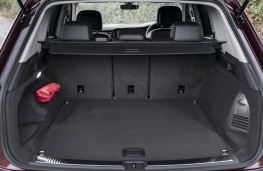 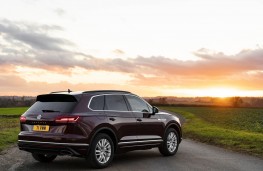 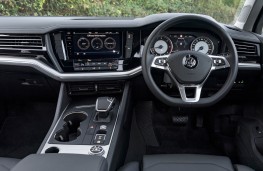 IF someone asked you to name a luxury SUV, you'd probably come up with the Bentley Bentayga, BMW X5, Porsche Cayenne and possibly the latest Land Rover Discovery.

I'd wager few will remember the Volkswagen Touareg.

Which is a shame as the latest third generation model - a little lower, longer and wider than before - really punches above its weight. It you want premium, it has it in spades.

VW first launched its flagship SUV in 2003, so it's not as new to the premium SUV market as the Bentley, but it has undoubtedly improved with age. It had too, as there's a lot more competition nowadays.

It's probably worth noting that the new Touareg, launched in March 2018, uses the VW Group's MNB Evo platform, which is also shared with the much more expensive Bentayga and the Lamborghini Urus, though that's pretty much were any similarity ends.

This particular model is powered by a 228bhp version of Volkwagen's 3.0 TDI V6 diesel - there's also a 282bhp version available - linked to an eight-speed automatic gearbox. Officially it returns 34.9mpg and, over the time it spent in my company, it achieved a notable 33mpg.

While it might be based on the same platform as the Lambo, Bentley and Porsche SUVs, it's clear Volkswagen has prioritised comfort rather than out and out sportiness. It is remarkably quiet and refined for a large SUV and I can't emphasize enough how comfortable the ride is.

And, while it does major on comfort, it's surprisingly agile with very little body roll when you tackle twisting country roads at speed. Despite its increased size, the Touareg is actually 106kg lighter than its predecessor. It also remains firmly planted due to VW's 4MOTION all-wheel drive system. If you've ever driven a VW with this system, you'll know it's also quite at home off-road.

The Touareg has evolved into a true upmarket SUV with the ability to tackle rivals such as the Mercedes GLE, Volvo XC90 and even the VW Group's own Audi Q7 for comfort and quality. It hasn't gone for the seven-seater market but it's a huge practical car for five adults - which means as a family car it's a stonker - and its well put-together cabin is generously laden with kit in all trim levels.

For those who use horseboxes, caravans or trailers, the Touareg also comes with a 3.5-tonne maximum towing weight.

Inside, its layout is intuitive and adorned with quality materials - it looks great but is functional too. There's plenty of leather and oodles of brushed aluminium alongside high-quality gloss and matt black plastics. It is a seriously nice and incredibly spacious place to be, with loads of headroom and kneeroom.

There's also 810 litres of luggage space in the rear - a massive 1,800 if the rear seats are folded flat.