By Peter Hayward on 2020-08-20 - Peter has been writing about cars for more than 35 years producing road tests, second hand car tests, features on new and classic models, road safety and manufacturing. Has been a contributor to Auto Express, Classic Cars, Classic Car Weekly, Candis magazine and Japanese Motoring. 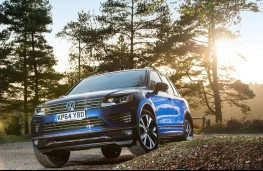 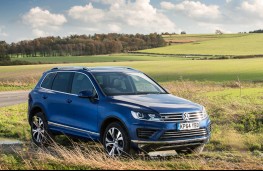 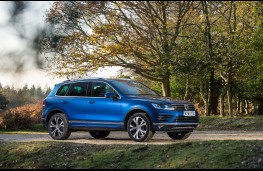 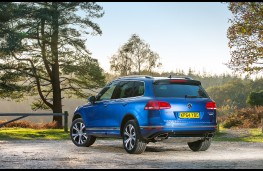 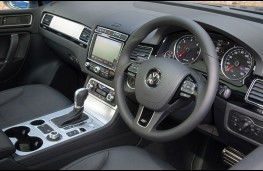 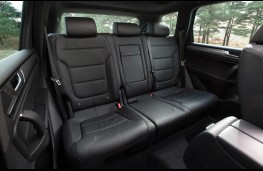 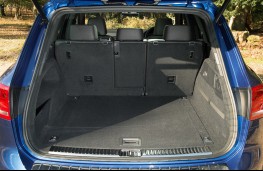 THE majority of VW Touaregs on the secondhand market are powered by the excellent VW/Audi 3.0-litre V6 diesel engine.

This is the only one in the range with reasonable economy and lowish emissions and it's still quick by ordinary standards and hugely refined.

It's built in the same factory as the Porsche Cayenne and shares many parts with it, but it is far cheaper secondhand, and although it doesn't have the same cachet, I think it's a more enjoyable car to drive and to live with.

The model built between 2010 and 2018 had much the same look as the one that went before, but was and is quite different and much improved.

It has better poise, taking the corners with a higher level of grip and less roll and it is generally more refined and relaxed at cruising speeds. The V6 TDi is also just as quick as its Porsche counterpart, which uses the same engine.

In early models the V6 diesel had 201bhp, which was good for a zero to 60 miles an hour time of 8.7 seconds and about 37 miles per gallon.

Power was later increased to 262bhp and this made it capable of reaching 60mph in 7.1 seconds while still managing 37mpg.

There was also a 4.2-litre V8 diesel borrowed from Audi and a hybrid V6 petrol/electric. The V8 TDI has a hefty 335bhp, which is enough for a 60mph sprint of 5.6 seconds and yet it's still capable of 26mpg. The 3.0-litre V6 TSi petrol/electric hybrid has 328bhp and should do 29mpg.

The hybrid does offer low emissions, but is actually not as good as the diesel V6 and neither is it as good to drive.

The V6 diesel has been the only engine available since 2014 and as I've said, will make up by far the largest number available secondhand.

They are punchy and yet still economical and the excellent standard eight-speed automatic gearbox means it's always in the right gear to give brilliant acceleration.

It's a tiptronic automatic, so it has drive and sport modes as well as a manual for those who like to do things themselves.

The Touareg is a big well-built and very plush 4x4 that's still very capable off-road and hugely likeable and easy to live with.

I took one around my local 4x4 driving centre, which has some very tough terrain, and nothing phased it.

Comfort is in the luxury class - just where it should be - and it takes every surface completely in its stride, shrugging off speed humps with great aplomb.

Inside is the best of luxury as you would expect, although this is one large 4x4 that doesn't have a seven-seat option.

The big seats are very comfortable and still offer plenty of support and the driving environment is marvellous.

All have a raft of electronic aids, plus massive alloys, climate control, cruise and an excellent stereo system.

Even the base SE gets electric heated leather seats, sat nav, an alarm, audio remote controls on the wheel and parking sensors.