is a sun seeker

By Ian Donaldson on 2020-09-30 - Ian estimates he has driven more than 6,000 cars (so far) in a road testing career that's taken him around the world. He has spent several years as a full-time staff motoring editor and is now a busy freelance journalist

BMW has unveiled the convertible version of its new 4 Series range, with first deliveries in March, priced from £45,785.

An addition to the sixth model generation's model range, the M440ixDriveConvertible, offers highly sporting performance courtesy of a 374hp six-cylinder in-line petrol engine, with power transferred to the road via a Steptronic eight-speed gearbox and the intelligent xDrive all-wheel-drive system.

There will also be a choice of two four-cylinder petrol units and a four-cylinder diesel from launch and two straight-six diesel engines will join the engine line-up later in 2021.

All models feature the M Sport specification as standard, with the new, even more performance-focused M Sport Pro Edition also available. In addition, both specifications can be upgraded with the Technology Pack - one of several option packs that enable a high level of personalisation.

The panel bow soft-top on the new BMW4SeriesConvertible blends the strengths of a retractable hard-top and the traditional appeal of afabric roof, says BMW.

It comprises large panel bow elements with a flush-fitting glass rear window, several layers of insulation and a fabric cover available in black as standard and anthracite as an option. The acoustic and thermal comfort of the panel bowsoft top roof are far superior to that on a conventional soft top. It also 40per cent lighter than the outgoing model's retractable hardtop.

The roof is powered by an electric motor that enables it to open or close within 18 seconds at the push of a button, including while on the move at speeds up to 31mph. The variable soft top compartment allows luggage capacity to be increased from 300 to 385litres when the roof is closed.

New to the BMW 4 Series Convertible line-up is the M440i xDrive. Powered by a 374hp sixâcylinder in-line petrol engine, the flagship model has a standard specification designed to complement the enjoyment of open-air driving with performance that would be respectable on a racetrack, including a 0-62mpgh time of 4.9 seconds.

The entry-level unit delivers combined fuel consumption of up to 49.6mpg and CO2emissions from 140-131g/km, while the more powerful version's figures are 47.1mpg and 147-138g/km.

A 190hp four-cylinder diesel engine, featuring BMW TwinPower Turbo technology with twoâstage turbocharging, powers the new BMW420dsDrive Convertible. It returns combined fuel consumption of up to 67.3mpg, with CO2emissions of 119-111g/km, while the similarly-turbocharged BMW 430d sDrive Convertible, which is due to arrive later in 2021, delivers figures of up to 50.4mpg and 147g/km. 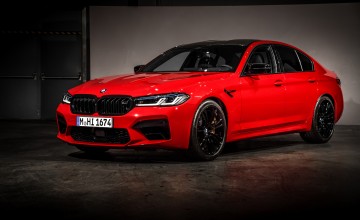 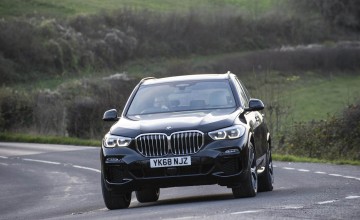 THE BMW Group is stepping up its activities in the field of sustainability.It...