By Edward Stephens on 2021-01-02 - Edward edits the motoring pages of the Birmingham Mail and Birmingham Post as a freelancer after more than 35 years on the staff. Also writes on motoring for various other newspapers, trade magazines and well known websites. 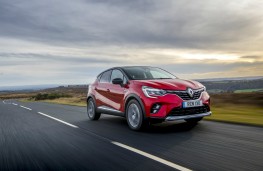 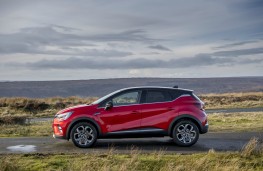 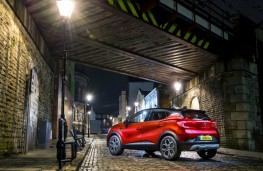 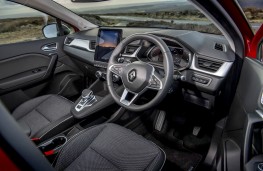 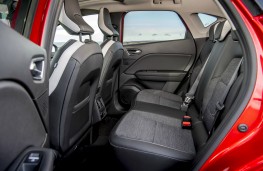 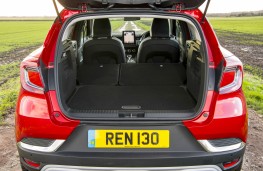 SOMETIMES it's the little things about a car that appeal to you rather than the headline grabbing features.

Take the new generation of Renault's smallest SUV the Captur. Just like the original model the doors unlock and the external mirrors fold out as you approach the car and the whole thing is reversed as you walk away.

You never have to touch the key or even - like on many cars - the door handle to unlock it. So if passengers arrive at the car fractionally ahead of you they can still get in.

Nice to see that while a lot has changed on the new model this feature hasn't.

The original Captur was launched in 2013 and became an immediate success for the French car maker.

So much so that while it's successor brings with it a lot of improvements it's still instantly recognisable as a Captur, but a more grown up version.

For starters it's some four inches longer than its predecessor, is more refined and, as you would expect seven years on, brings with it some dramatic improvements in technology.

It's also closer in its styling to its two larger siblings the Kadjar and the Koleos, with a now much more muscular appearance all round compared to the slimline Mk 1 version.

There are three different engines available and four trim levels. The one driven here is the upmarket S Edition which Renault says is the style conscious one.

And this rather more expensive member of the Captur family comes with a nice selection of extras on the inside too, including leather and cloth two-tone seats, heated front seats, heated steering wheel and heavily tinted rear windows and tailgate.

You even get a choice of eight variable colours for the ambient lighting.

The dashboard is very much dominated by the upright 9.3-inch ipad style touch screen to access most onboard features as well as acting as the monitor for the satellite navigation system and the 360 degree view colour reversing camera, which backs up the front and rear parking sensors.

The latter ensures you get more response from both the engine and gearbox while at the same time firming up the steering.

And when you switch to sport the speedometer suddenly transforms into a rev counter with a digital speed readout in the middle of it.

The six-speed manual gear shift is mounted high on the centre console so changes are particularly easy and the box is impressively smooth.

On the road the Captur handles nicely with little body roll and crisp performance, particularly in sport mode. It's no hot hatch but on the other hand it's never lacking in power when you need it and there are even bhp and newton-metre gauges to show its output.

The extra inches on the new model have helped to ensure that it's now a more than adequate five-seater family model, helped by the fact that the rear seat slides backwards to create more legroom and forwards to create extra luggage space.

The boot will accommodate 536 litres of luggage, up 159 litres on the old one - with a double floor system allowing you to utilise it to the maximum. Lower the rear seatbacks and it increases to 1,334 litres.

And on the safety front the new Captur comes with everything from and active emergency braking system and lane keeping technology to traffic sign recognition and blind spot warning lights on the exterior mirrors. 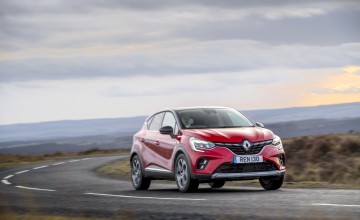