By Chris Russon on 2021-01-13 - The driving force behind Eurekar. Chris heads up a team of motoring correspondents under the Driving Force banner. Prior to Driving Force becoming independent in 2010 he was Chief Motoring Editor for Trinity Mirror Regional newspapers. Chris has been writing about cars for almost 40 years. 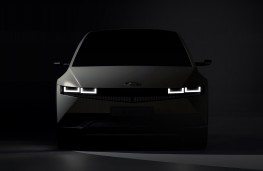 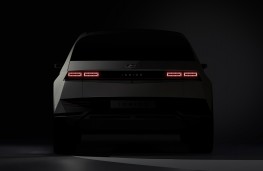 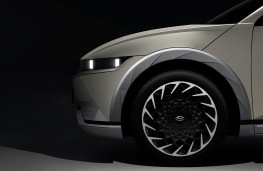 TEASER images of Hyundai's new take on zero emission vehicles have been released a few weeks before the Korean car maker launches its new Ioniq battery-electric only brand.

A mid-size crossover called the Ioniq 5 will spearhead the new line up and it will be the first vehicle to use Hyundai's new Electric-Global Modular Platform (E-GMP), a system made exclusively for next-generation battery electric vehicles.

Hyundai says that not only will the Ioniq 5 launch a new era of clean mobility for the company it also shows off features specific to its next generation of electric vehicles.

The front of the car has arrays of pixel-inspired lights suggestive of the car's digital technology while the Ioniq 5 is also the first Hyundai to feature a clamshell bonnet that spans the entire width of the car, thus minimizing panel gaps to create a clean and high-tech look.

Specially designed 20-inch aerodynamic wheels are another feature and are the largest fitted so far to a Hyundai EV.

"Beginning with Ioniq 5, our dedicated BEV line-up brand will redefine the relationship between people and their cars, establishing a new standard against which all BEV design experiences will be measured."

The Ioniq 5 has an ultra-fast charging capability that enables it to drive more than 80 miles after a five minute charge.

Hyundai says the new EV will have a virtual world premiere in February and further details will be released in the coming weeks.