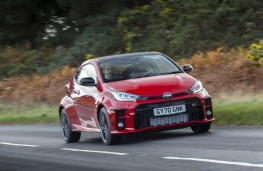 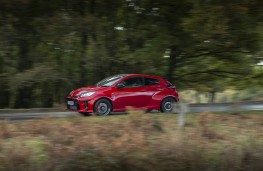 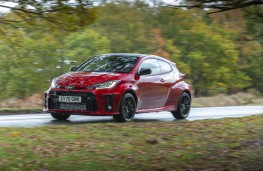 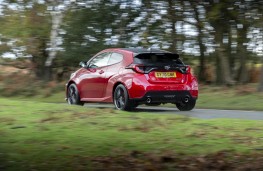 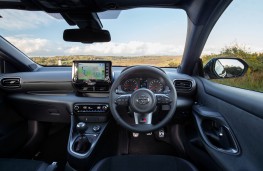 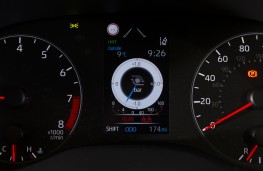 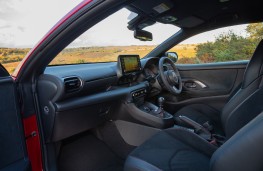 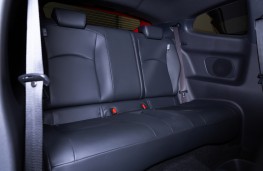 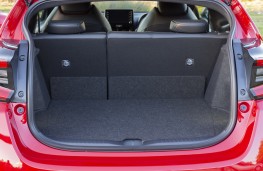 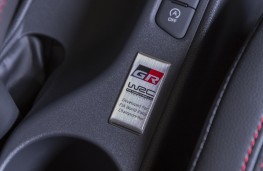 A CAR maker's success in motor sport doesn't always lead to success in road-going versions - as some have found out over the years.

It's a delicate manoeuvre, but judging what Toyota has come up with in the shape - and performance - of its new hot hatchback the GR Yaris, it looks to be on a certain winner.

Using all their technical know-how gained in winning the World Rally Championship their backroom teams have come up with a genuinely exciting small car that will simply delight the sporting purists.

Ford used to carry this mantle back in the Eighties with the likes of the Fiesta XR2i and Escort XR3i but now clearly Toyota has taken over the reins with this new GR Yaris.

It is simply a stunner and not only looks the part but produces the goods on the road.

The difference is that the GR Yaris is far more rigid. It's also lightweight thanks to use of aluminium for the body but it has an excellent chassis that makes the car so agile with a good power-to-weight ratio.

It immediately feels nimble, much lighter and far easier to drive than its two main current rivals - the Fiesta ST and Honda's Civic Type R - which are heavier and less responsive, while the GR Yaris has a slick, quick changing six-speed manual gearbox that's simply a delight to use.

With its three-door aerodynamic body shape the key for such an impressive performance is a specially tapered roof line that directs wind flow onto the large rear, rally-type spoiler to generate extra downforce.

Toyota has utilised its rally car know-how to come up with a new, 1.6-litre, three-cylinder turbocharged engine producing 257bhp and 360 Nm of torque.

Driving it on normal roads the two highlights were how subtle and quiet the power was brought on once the accelerator was pushed down - no jerkiness or excessive engine as there is with its rivals - and this car is equally at home zipping along at motorway speeds with excellent overtaking ability or trundling through heavily congest urban roads.

Yes, the performance is there when the driver needs it as the car will accelerate from 0 to 62mph in around 5.5 seconds and has an electronically limited top speed of 143mph.

And for added thrills there's a special circuit pack which adds all that is needed for track work.

The standard version costs from £29,995 and has four-wheel-drive, sits on 18-inch alloy wheels along with LED lights, suede-like seat upholstery, dual-zone climate control and a multimedia system with smartphone integration and an eight-inch touchscreen.

Fuel economy is good for a hatch with such performance and officially the GR Yaris is rated at 34.3mpg with emissions of 186g/km.

Beacause the car is in such a niche sector Toyota UK believes sales of this Japanese-made hot hatchback will be comparatively small - just 755 this year and 1,000 next - although there have already been more than 600 orders.

Two aspects stand out. The first is the excellent permanent four-wheel-drive on all versions, again rally inspired and with three different driving modes.

The other standout feature is a really good, adjustable driving position that will suit drivers of all sizes.

The go-faster GR Yaris won't be everyone's cup of tea but for drivers searching for a modern day, genuine hot hatchback it certainly won't disappoint. 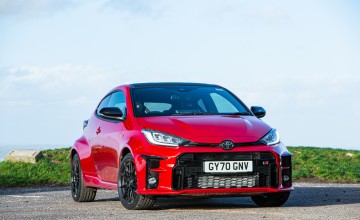